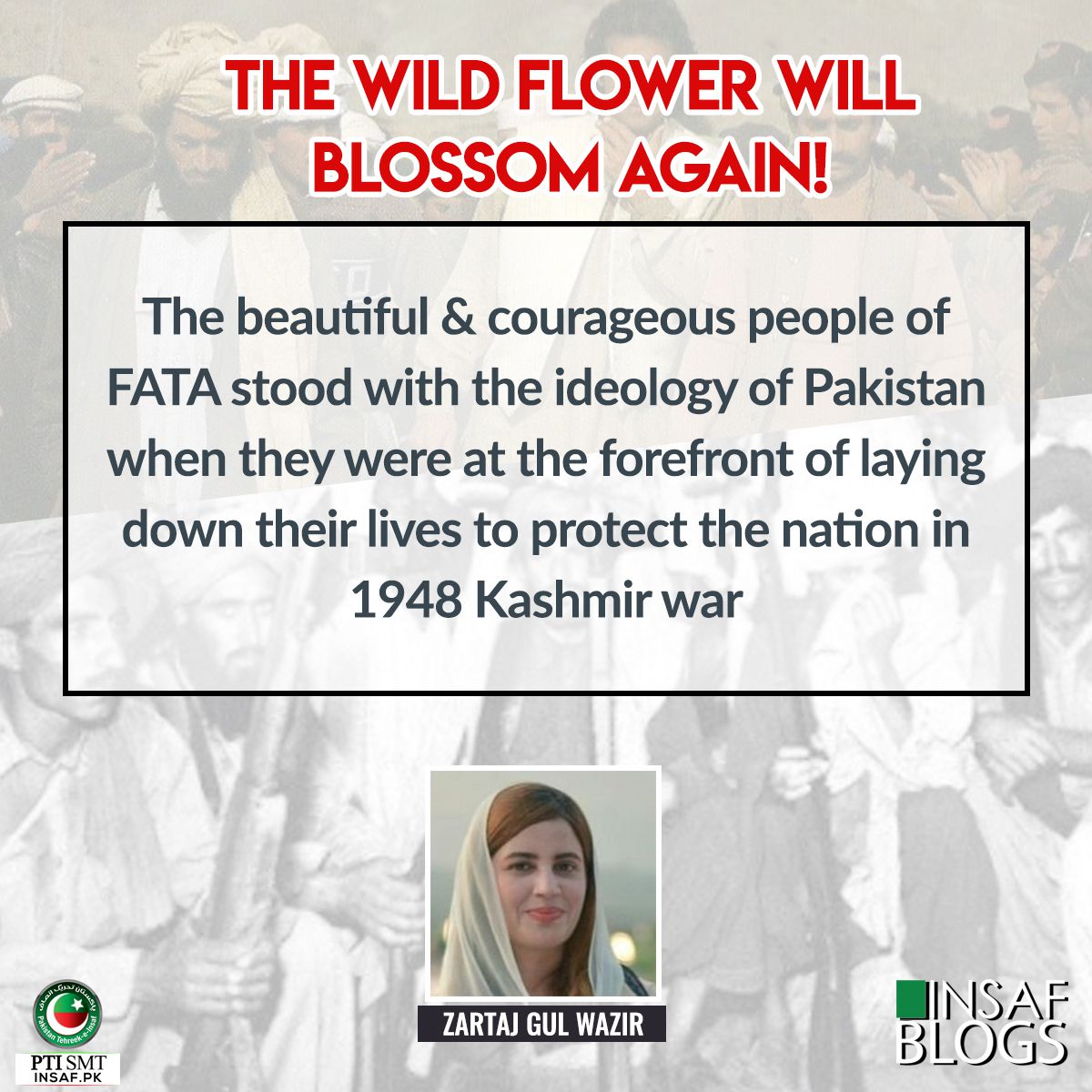 FATA as The Wild Flower – a show of its fierce independence and resilience, is still a proud feature of Pakistan. Growing up in the rugged gorgeous land of Waziristan, I was weaned on the values of unflinching loyalty to Pakistan and of tribal courage and never-say-die attitude.

Moving onwards to the current political flux now. The symbol of Pakistan’s federation, PTI’s Chairman Imran Khan has laid out his plans for rehabilitation and restoration of rights of the brave tribal people of FATA. 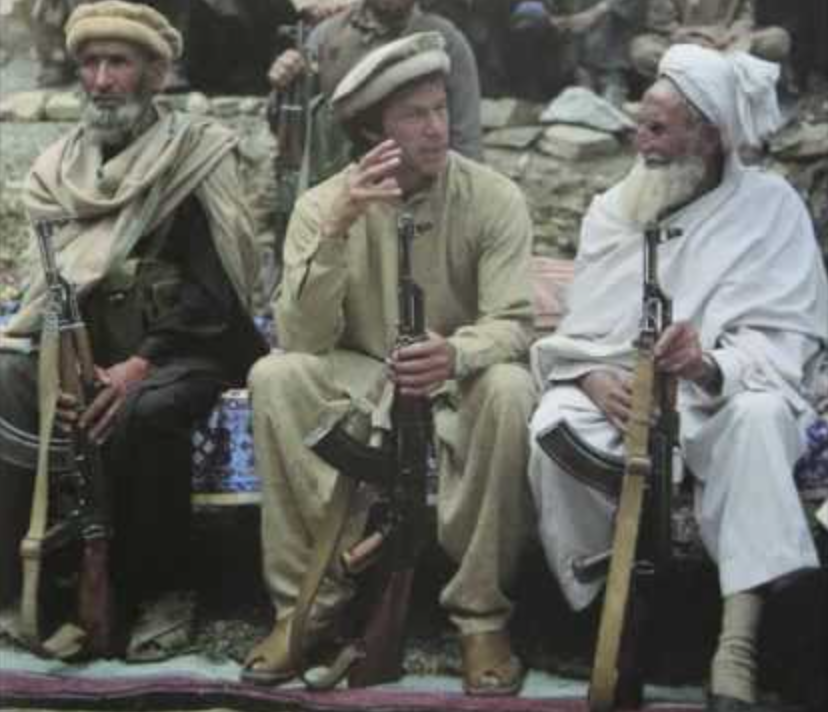 He is the cynosure of the locals of these areas, in as much as he is the darling of others in Pakistan. At a time the federation is being strengthened by the magnificent nationalist narratives propounded and swept across by the visionary Imran Khan, FATA stands braced to play its role in a prosperous Pakistan.

As a backdrop, imagine a people who decisively defied the divisive Pakhtunistan Movement sparked by other elements in NWFP and adjoining zones, and ensured Pakistan remained intact. Imagine the grace and zeal of a people who, according to secret British government documents, formed large armed groups to defend Punjabis who were being slain in the border areas of Indian Punjab at times of the 1947 partition. Imagine the people who were at the forefront of laying down their lives to protect their nation in the 1948 Kashmir war. 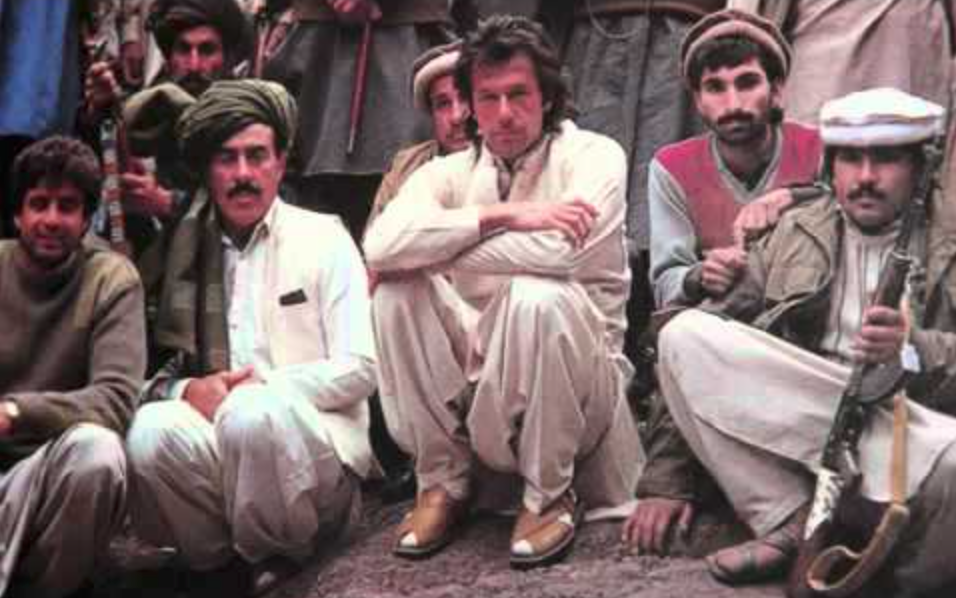 Imagine the beautiful and most courageous people who have stood with the ideology of Pakistan, despite themselves being subjected to extreme hardships in their own country, as millions have been displaced due to engineered strife stemming from 911 event with which they had no link whatsoever. The federal governments of Pakistan have brutalized them, yet the tribals remain steadfast and have shunned any anti-Pakistan drive, for the love of the nation is in their hearts. Huge credit is due to PTI here, as it is the beacon of hope and continues to strive for the rights of FATA people through genuine, practical and far-reaching initiatives and plans.

The tribals are a warrior race, for defeat is a term unknown to them - there being nothing more dear to them than their dignity and nationalist pride. They’ve given a lot to Pakistan and loved it, but in return successive Pakistan governments have held them economically captive for the political elite’s own ends. But PTI is a different proposition, and the tribals know it!

The clouds of gloom are lifting fast, as the warrior leader of Pakistan, Imran Khan who is the heartbeat of tribals, is forging an immensely powerful drive to extricate FATA from economic despondency and to integrate it with the adjoining burgeoning Khyber Pakhtunkhwa province.

He is on the cusp of federal power, as evidenced by the spate of mega joinings as PMLN ranks suffer an exodus of shaken and awakened political souls who sense Pakistan calls out to be led into the league of progressive nations.

PTI has come brilliantly to the fore, and amongst its core election manifesto statements is a commitment to integrate FATA with Khyber Pakhtunkhwa - to give voice to the tribals, to re-introduce the local devolved system of governance which was being run so brilliantly before the 911 tragedy when Pakistan Government of the time yielded to draconian demands by USA and sent its own troops into the region, thereby antagonizing and depriving its own people. PTI has put together a viable and highly robust plan for FATA, which has been duly endorsed by the area leaders in various meetings and also in the recent FATA Convention. 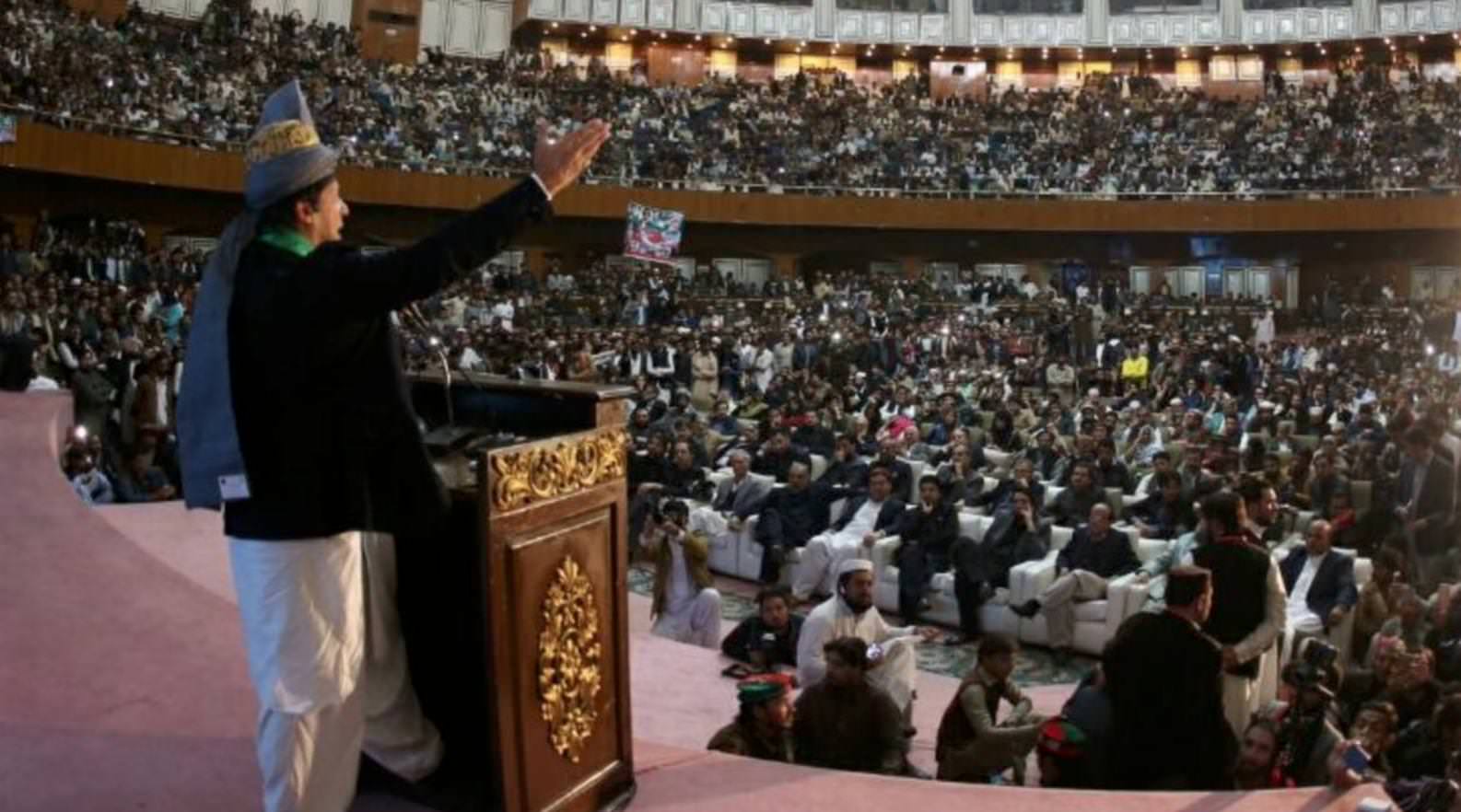 Imran Khan knows the area and the people very well, as he has traveled to all corners, even leading the famous and successful 2012 Waziristan March to draw world’s attention to the horrific American drone attacks that were psychologically hammering the tribal youth and kids, and destroying our national integrity. But as we move to present times, all eyes of FATA people are set on the great man, for they relate to his wondrous appeal, and have embraced him as their leader. They have unequivocally rejected the hypocrisy and selfish deviousness of the likes of FazlurRehman and Achakzai who have been utterly exposed, as far from being benefactors of the tribals. 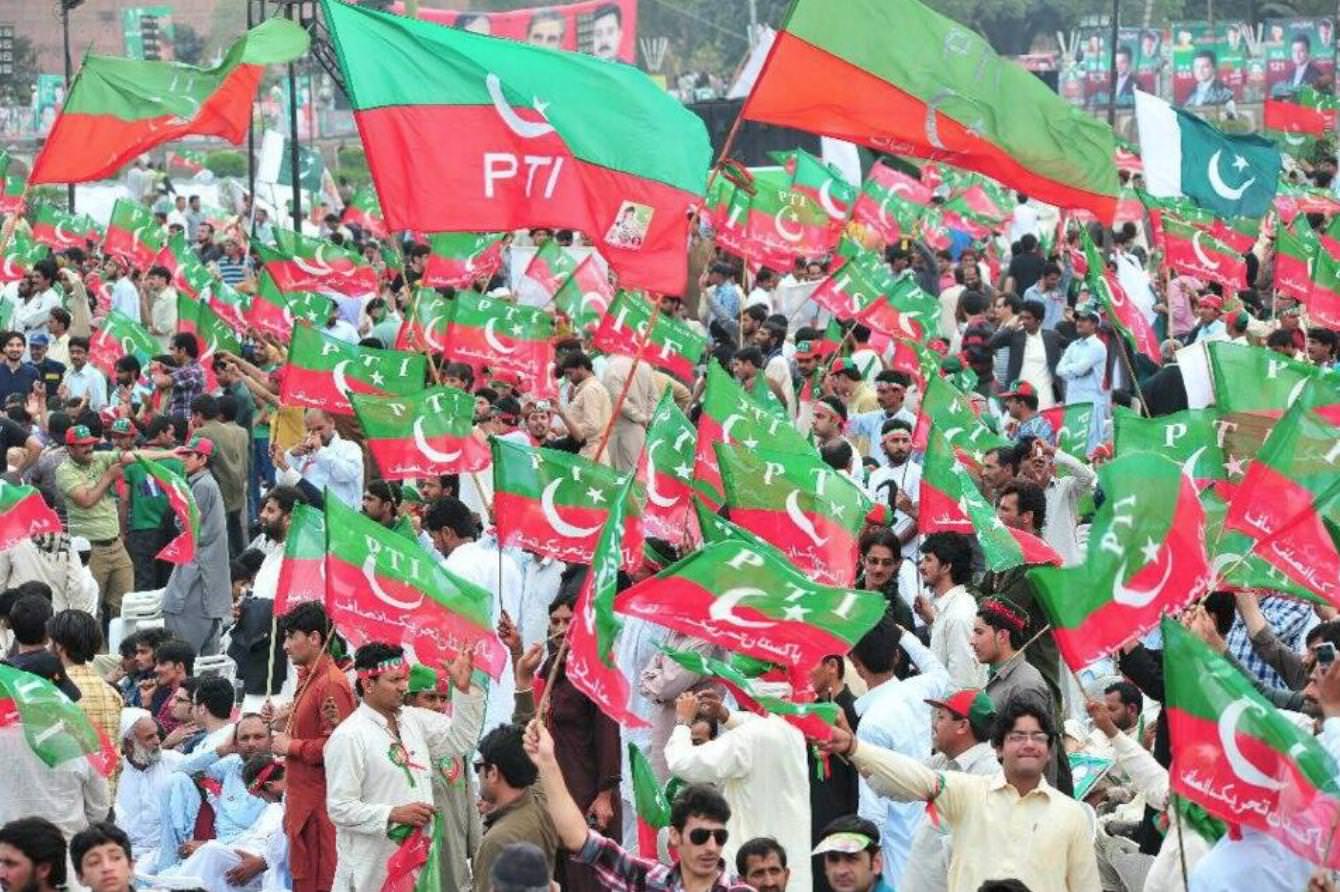 The opposition of the two self-proclaimed leaders to the KPK-FATA merger is a stark manifestation of their corrupt and decadent politics.

FATA’s merger with Khyber Pakhtunkhwa is a phenomenon whose time has come. It will play its role in powering PTI to federal power. “The Wild Flower”, in all its glory and radiance, blossoms again! And deservedly!