A time for reconciliation and rebuilding - Insaf Blog by Haider Mehdi 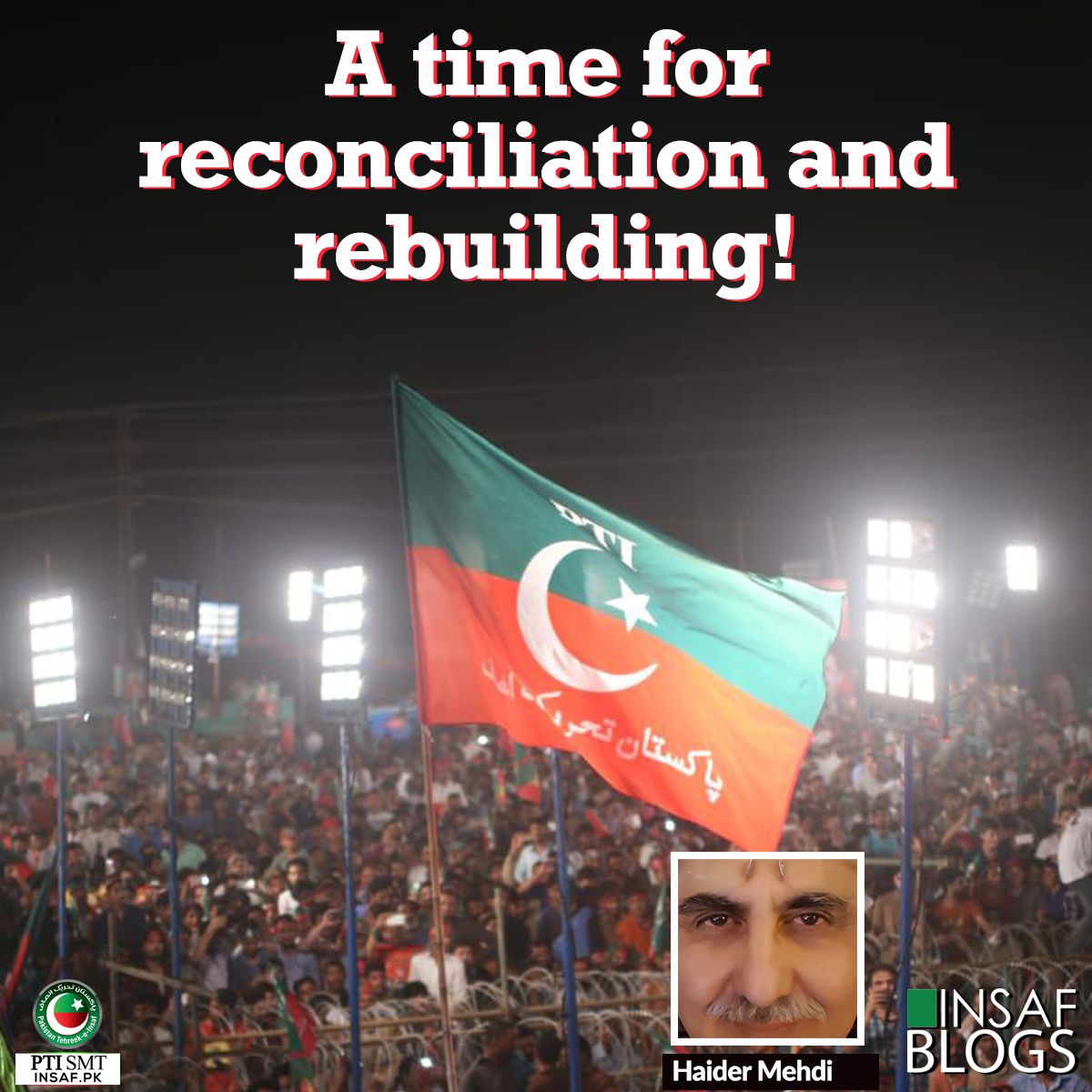 The Nation has spoken! In some places resoundingly in favor of change and Imran. In others with qualified support. In some, ousting the old guard. Some barely scraping through!

The sentiment is clear. PTI from 70 lac votes in 2013 to 167 lacs in 2018, shows the massive shift in preferences. This despite the 10 years of PMLN in power in Punjab and PPP in Sind.

Karachi, the urbanest of our population centers, politically very astute, also voted for massive change, dumping its traditional support for MQM or its morphed entities like the PSP.

The GDA inroads against the PPP in interior Sind, despite its performance less than expectations, is still an eye opener for things to come.

The winds of change are clear. They are sweeping across the country.

It's now a time for reconciliation, not for recriminations!

Its time for looking forward and not backward.

It's time to take a leaf from Imran's speech to forgive the anger, the bile, the poison, the hatred of the past.

Its a time to reconcile and come together.

And above all, despite our political differences, our likes and dislikes, its now time to think about our future, about Pakistan's future, about a future for our children.

Its about a future of a better, brighter, prosperous, corruption free, merit-driven Pakistan!

Imran, whether you supported him or didn't, has laid out a clear agenda which every  Pakistani cannot but support.

Who in Pakistan does not support an agenda of economic stability and development?

Of strong independent institutions which will eliminate corruption and hold all and sundry accountable, including those in his own party!

Of a massive effort to lift people out of poverty and remove the terrible chasm between the haves and the have-nots.

As he says it's impossible for a nation to survive where a small corrupt rich island of the elite rule over an ocean of the poor, the helpless and the exploited!

Of equal opportunities for quality healthcare!

Of equal opportunities for quality education!

Of jobs for our youth, trained and skilled!

Of law and order and safety of life, hearth, and home!

Of speedy and cheap justice!

Of peace with its neighbors!

Who can fault this?

It's time to reconcile and work together to help implement this agenda, for this is not about PTI  or Imran, its about Pakistan!

You voted. It doesn't matter who you voted for. That is now done.

Be a honeybee, not a fly!