A revolution of hearts and minds - Insaf Blog 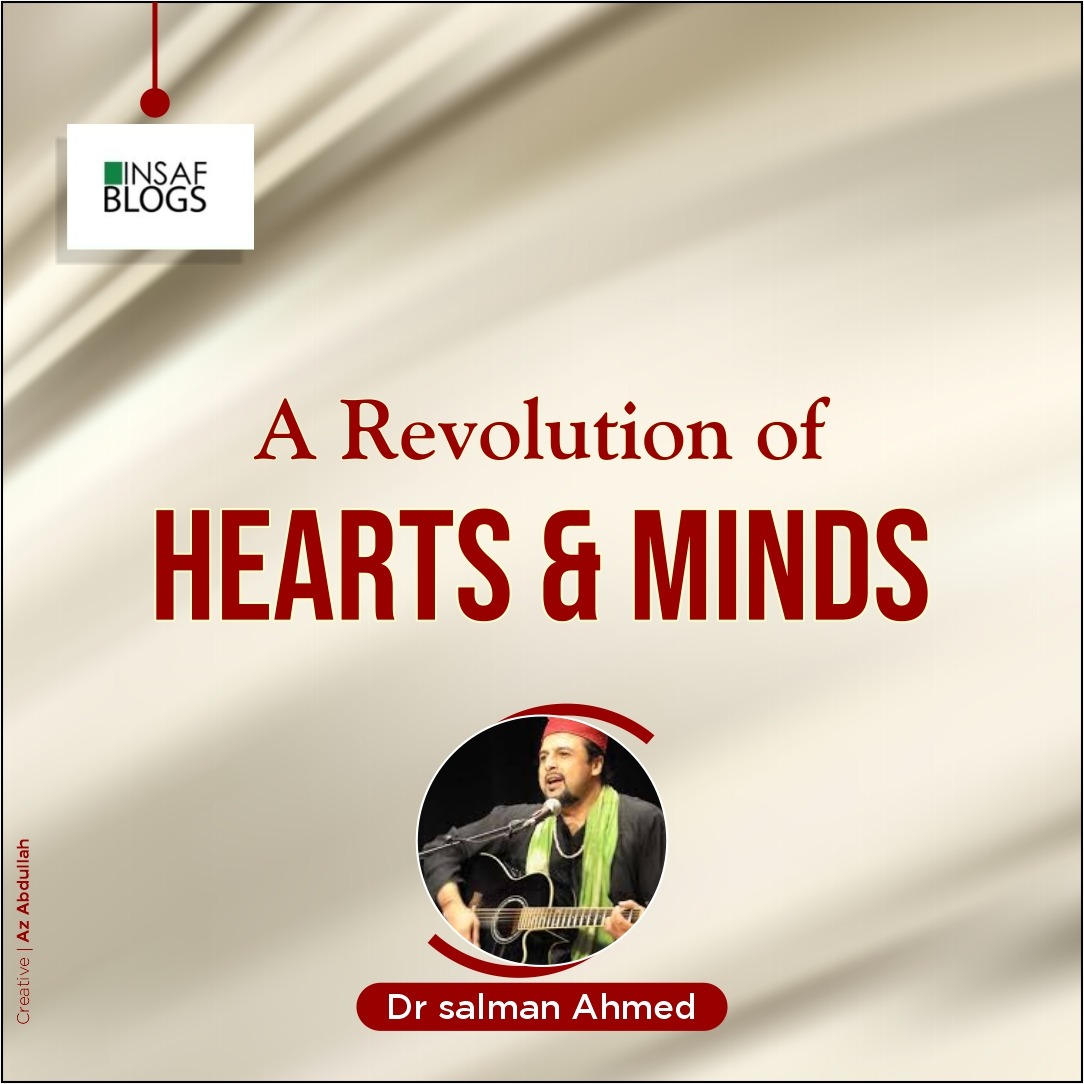 “O Generous Ones,
Die before you die,
even as I have died before death
and brought this reminder from Beyond.
Become the resurrection of the spirit
so you may experience the resurrection.
This becoming is necessary
for seeing and knowing
the real nature of anything.
Until you become it,
you will not know it completely,
whether it be light or darkness.
If you become Reason,
you will know Reason perfectly
If you become Love,
you will know Love’s flaming wick.”

Across the length & breadth of Pakistan, in the 21st century , an awakening is taking place that Maulana Rumi has alluded to in his timeless & ageless verse & prose.

MashAllah , we are beginning to witness during our own lifetimes a genuine revolution of hearts & minds.

The leader & Chairman of Pakistan’s biggest political party & former Prime Minister, Imran Khan has been sowing the seeds of this mystical revolution for the past 26 years & earlier.

It seems as if Allah , in his infinite wisdom has finally inclined toward the people of Pakistan.

Yesterday , in his ancestral hometown of Mianwali, Khan sahib acknowledged that the fervour & the Heat of Mianwali ‘s mammoth crowd was unprecedented.

It is a sign for people of understanding. This was not your average political jalsa happening .

These are the signs of a Junooni Revolution.

Pakistanis of all generations & backgrounds are United behind A leader who refuses to give up against all the forces of darkness aligned against him.

Mianwali’s ferocious passion in sweltering temperatures  must make all those who betrayed Khan , conspired against him, and schemed against the people of Pakistan, frankly, shit scared.

These momentous jalsas after the illegal & treacherous overthrow  of Khan sb’s Government, shows that you can have ALL the ill gotten wealth & power in the world , control of the mainstream media, but It  will never be able to stand up against the power of Allah , True Imaan.

Khan sb keeps reminding us not to get complacent or distracted. Maintain TUNNEL VISION & this Month of MAY will bring historic changes. InshAllah!