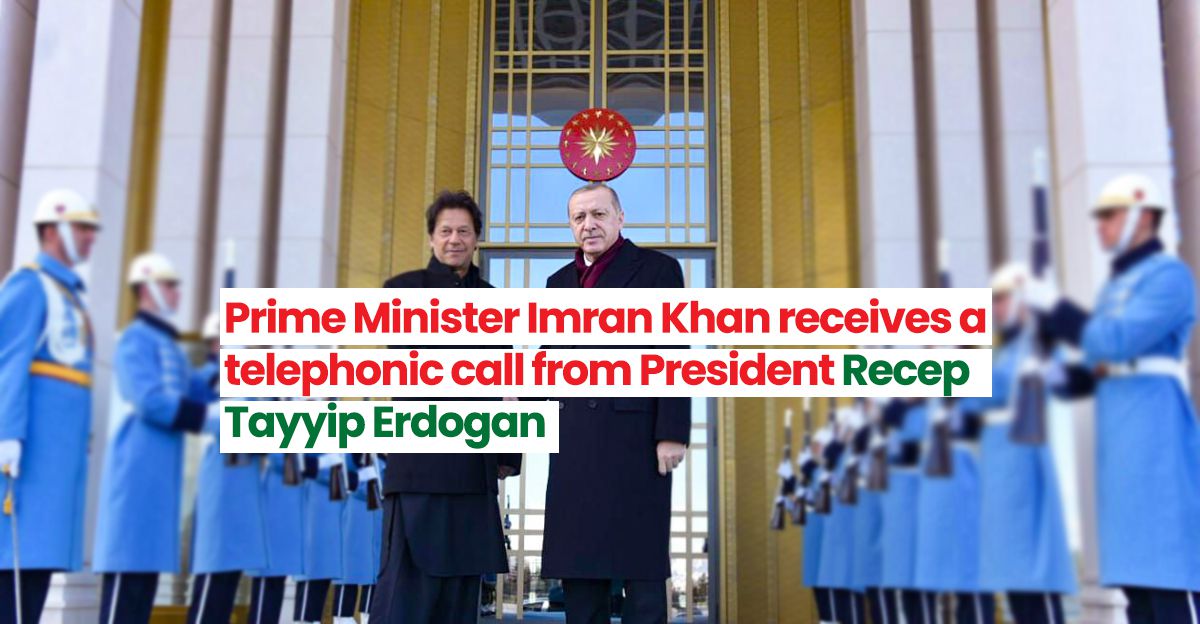 President Erdogan congratulated the Prime Minister on his Speech at the Parliament and his statesmanlike offers to India for de-escalating the situation and working towards peace. He said that Islam is a religion of peace that underscores resolving disputes in a peaceful manner.

President Erdogan appreciated the announcement by the Prime Minister to release the captured Indian Air Force pilot. He pointed out that this gesture was a sign of strength.

Prime Minister Imran Khan briefed President Erdogan on the situation as it evolved over the past few days and the efforts he made to de-escalate the crisis. He also referred to the extremely difficult situation in Indian occupied Kashmir and the brutalities inflicted upon the Kashmiri people.

Both leaders agreed that President Erdogan’s visit to Pakistan for the Pakistan-Turkey High-Level Strategic Cooperation Council meeting would provide the opportunity for an in-depth overview of bilateral relations and the way forward.