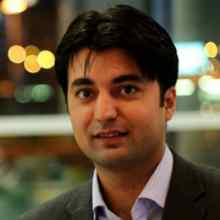 A poet whose verses would reflect the innocent late-teens dreams, a debater who would always end his speeches with a hope. An Environmentalist by profession, to this widely known student of University of Peshawar, realities came up as a total surprise with the movement for the restoration of Judiciary in early 2007 and then as a shock with the emergency imposed in November 2007 by -the then President- Musharaf. Murad decided to materialize his words and aimed to fight for the survival of the hope he have been giving via his speeches. 22nd November 2007 was when he started collecting like-minded students under the flag of 'INSAF' in University of Peshawar. The date’ now marked as the Inception Day of Insaf Student Federation. Soon the movement reached every nook and corner of the province.

He served as a Provincial President for the ISF Khyber Pukhtunkhwa till 2010. Appointed as a Secretary Youth Affairs, PTI Youth Wing KPK. Member of the Central Executive Council, Pakistan Tehreek-e-Insaf , Chairman Advisory Council and 'Chairman Monitoring Cell' PTI in 2011. Murad was the youngest contestant for Provincial President-ship KPK in the Intra-party elections 2013 and has been recently elected as Member National Assembly on PTI's ticket from NA-29 Swat-1 with a remarkable mandate of 89,000 votes; biggest ever in the 44 year long history of Swat. Becoming the youngest member of the house and Pakistan's political history.