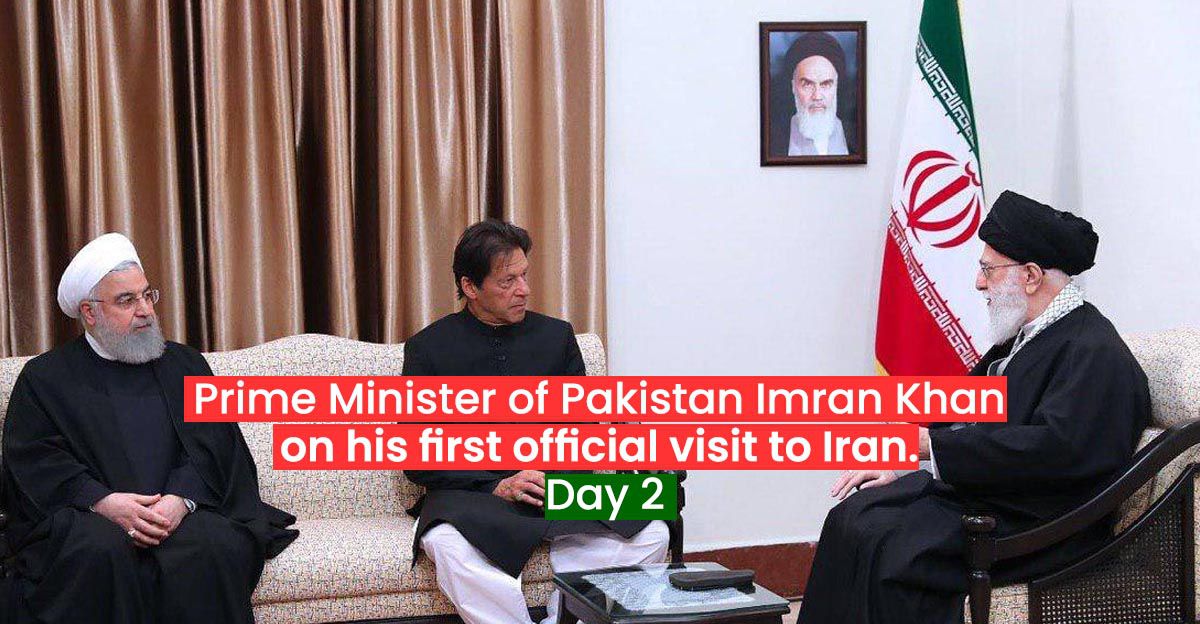 While emphasizing historical, cultural, religious and civilizational ties between the two neighboring and Muslim countries, and highlighting the commitment of the senior officials of the two countries to expand relations in all areas of mutual interest, the two sides reiterated the importance of deepening and reinforcing bilateral ties based on principles of national interest,territorial integrity and mutual respect for national sovereignty. They called for swift implementation of bilateral agreements as a step towards realizing this important goal.

Both sides highlighted that common borders should be the borders of peace and friendship, and acknowledged the necessity of forging regular cooperation and exchange of views between political, military and security officials of the two countries to combat threats such as terrorism, smuggling of narcotics, human trafficking, hostage-taking, money-laundering and abduction.It was also agreed that the 10th Round of the Special Security Committee of the two Ministries of Interior will be held in Islamabad in June 2019 to discuss these matters in detail.

It was also agreed that the next meeting of the Joint Consular Commission would be held on 2nd half of 2019 to review the progress made so far and chart the way forward in further facilitating the movement of people from both sides. Pakistan side welcomed the initiation of the process for release of a number of Pakistani prisoners by the Government of Iran, and for making arrangements for their expeditious repatriation to Pakistan.

President of the Islamic Republic of Iran and Prime Minister of the Islamic Republic of Pakistan agreed that enhancing and cementing cooperation between Iran’s Sistan-Balochistan Province and Pakistan’s Balochistan Province including opening of new border crossings and border markets would contribute towards improvement of the economic situation of local residents, and further constitutes a step towards resolving border challenges and insecurities. Both sides agreed to hold the 2nd Round of High Border Commission in Islamabad in May 2019 to review the current status of preparations and further measures required for the earliest opening of new crossing points at Gabd-Reemdan and Mand-Pishin, besides opening of new border markets.

Both sides highlighted the necessity of extending cooperation in energy sector including export of electricity from Iran to Pakistan. Pakistani side extended its appreciation to the Government of the Islamic Republic of Iran for continuing electricity exports to Pakistan’s Balochistan Province.

Reaffirming the importance of strong and historic socio-cultural and linguistic affinities between the two countries and their peoples. Both sides reaffirmed the need to further strengthen these bonds through promotion of academic, cultural and tourism activities, particularly by encouraging more frequent exchange of visits of intellectuals, folk artists, cultural troupes and by enhancing tourism to the historic religious sites in both countries.

Prime Minister Imran Khan reaffirmed the support and solidarity of the government and people of Pakistan with the people of Iran over loss of precious human lives and material damages due to recent severe floods in Iran. Prime Minister of Pakistan expressed the conviction that the people of Iran would handle this natural calamity with their characteristic resilience. Iranian side expressed its gratitude to Pakistan for sending humanitarian assistance to the flood affected people in Iran.

Both sides welcomed the signing of a declaration for cooperation in health sector aimed at bilateral technical assistance and experience sharing with tangible outputs.

Considering the increase in volume of trade between the two countries in 2018, the President of Iran and Prime Minister of Pakistan instructed relevant institutions and Ministries to devise all required mechanisms for boosting monetary, financial and commercial activities to their full potential by utilizing all available options. The two sides also decided to hold the 21st round of the Joint Economic Commission (JEC)in the second half of 2019 in Pakistan to deliberate further on these issues.

Both sides discussed and exchanged views on major regional and international issues, and asserted that peace, tranquility and sustainable development are prerequisite for enhancing relations, integrity and synergy among the West Asian countries.

Both sides reaffirmed their commitment to the UN Charter and international law, in particular the principles of sovereign equality of states, political independence and non-interference in the internal affairs of States. The two sides reiterated the need for all States to adhere to the rule of law including at the international level. In this context, they expressed serious concerns over unilateral application of measures by any country that are inconsistent with the provisions of international law and the principles of UN Charter.

The President of Iran and Prime Minister of Pakistan, referring to the necessity of establishing a safe, stable and independent Afghanistan for the sake of regional peace and stability, acknowledged the necessity of holding Afghan-led and Afghan-owned peace dialogue while calling upon regional countries and the international community to work collectively to end conflict and restore complete peace in the country. Both sides also agreed to join efforts for achieving a broader regional consensus in this regard.

While condemning terrorism in all its forms and manifestations, both sides acknowledged the great achievements of the two countries in combating terrorism and emphasized that efforts to develop regional and international cooperation in preventing and countering terrorism should be redoubled and the root-causes of all types of terrorism in the region identified and addressed.

Considering the importance of developing connectivity and transit corridors in order to accelerate and facilitate bilateral and regional cooperation and trade, both sides welcomed the implementation of bilateral and multilateral agreements including the Belt and Road Initiative (BRI) and China-Pakistan Economic Corridor (CPEC), as well as agreements on establishing the North–South and East–West corridors in Iran.

The President of Iran and Prime Minister of Pakistan welcomed all dimensions of cooperation of the two countries with other states, particularly the six-party Speakers’ Conference in Tehran with the purpose of consolidating cooperation among the regional states.

Both sides highlighted the need to resolve the issue of Jammu & Kashmir through dialogue and peaceful means based on the will of the people of that region and in line with the resolutions of the United Nations Security Council.

The President of Iran and Prime Minister of Pakistan emphasized that the right of the people of Palestine to establish an independent and sovereign Palestinian state should be respected as the key demand of the Muslim states. Both sides also agreed to reinforce endeavors through regional and international arrangements and mechanisms to help Palestinians establish an independent state.

Both sides stressed on swift and complete implementation of the Joint Comprehensive Plan of Action (JCPOA) by other states considering the full compliance of the Islamic Republic of Iran to its provisions.

The Prime Minister of Pakistan expressed his appreciation to the President of the Islamic Republic of Iran for the warm and generous hospitality extended to the Pakistani delegation, and officially invited H.E. Dr. Hassan Rouhani to visit Pakistan at the earliest convenience. President of Iran accepted the gracious invitation. Dates for the visit will be worked out through diplomatic channels. 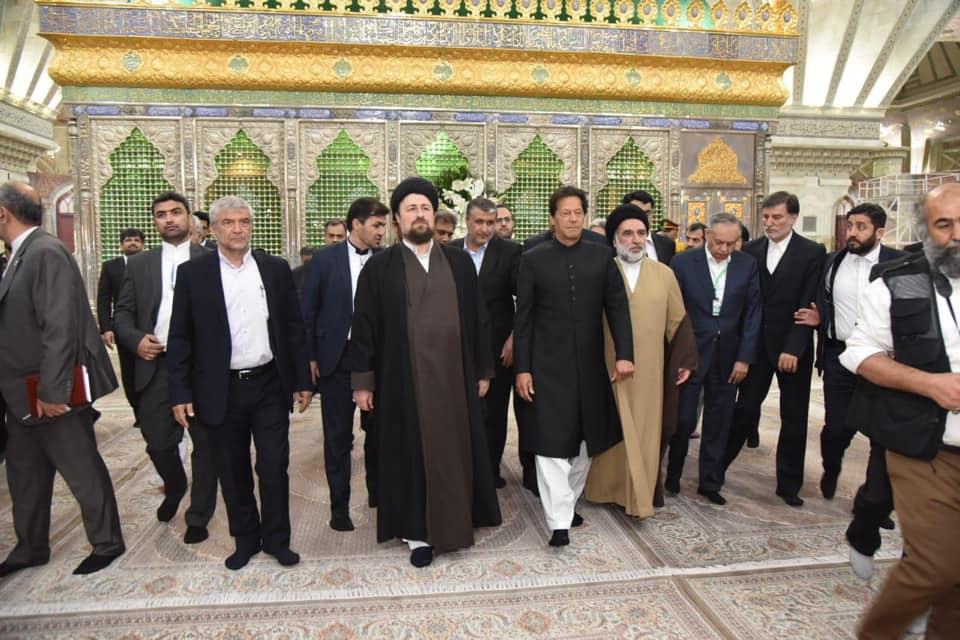 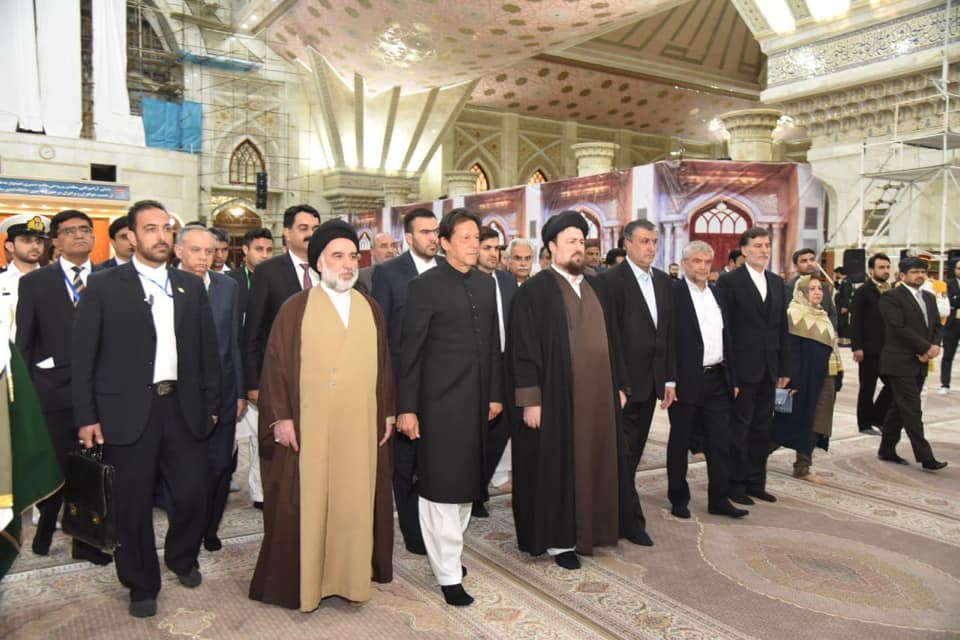 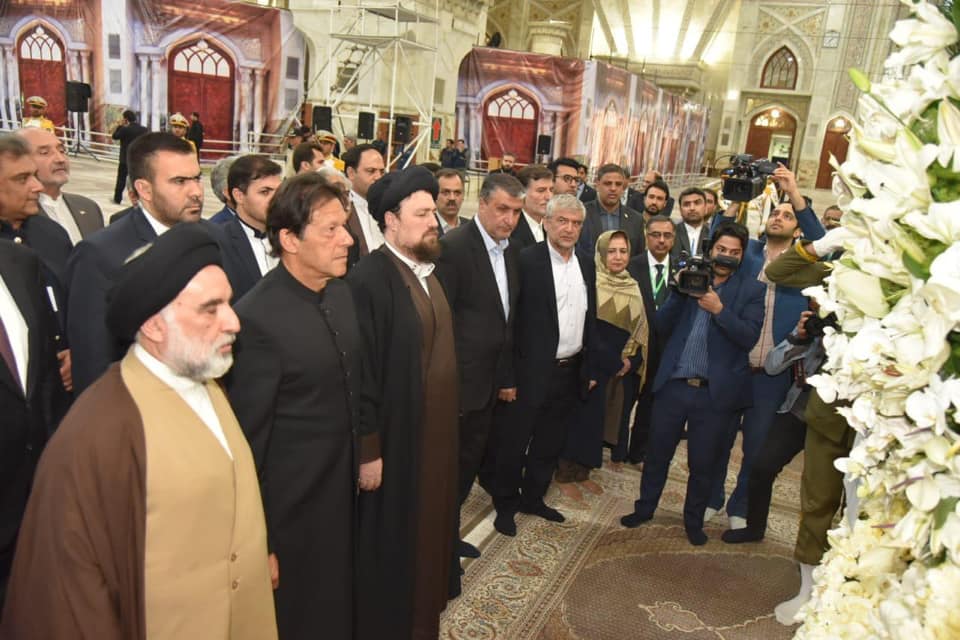 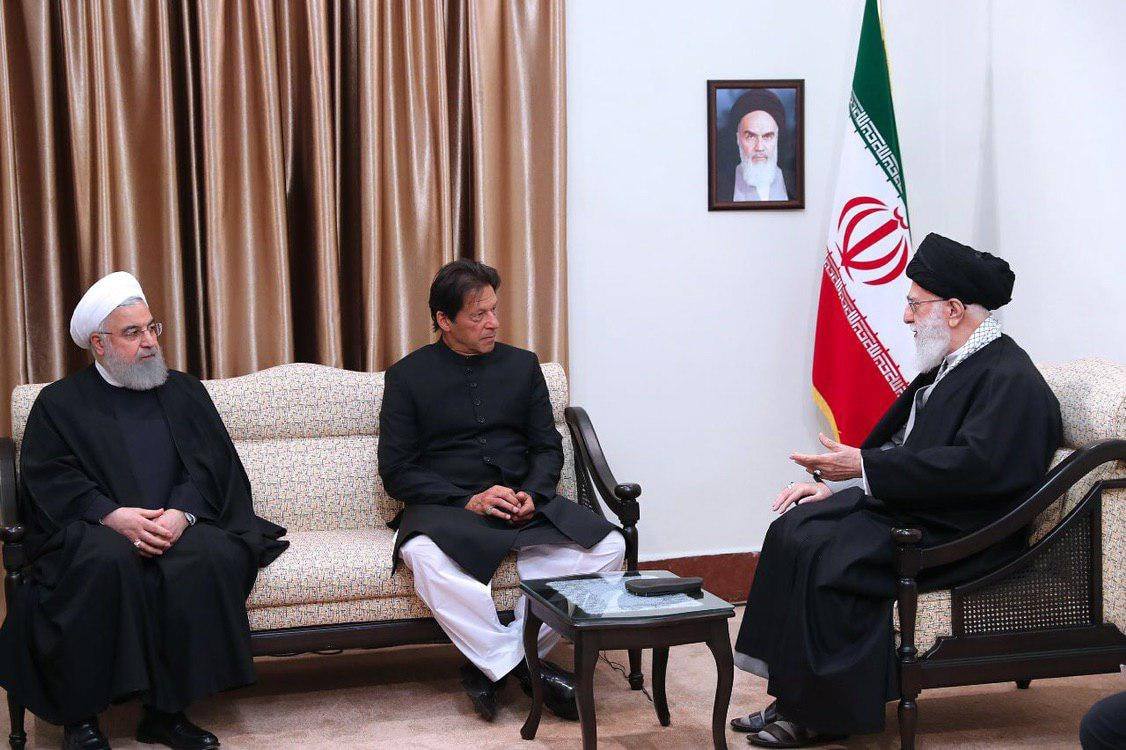