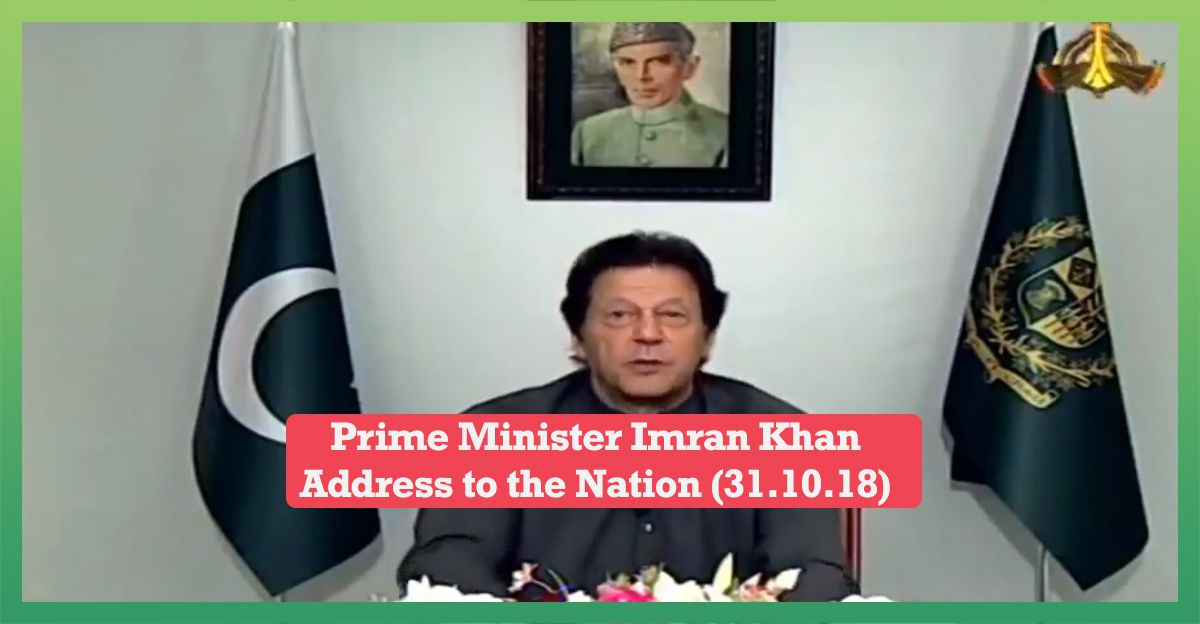 "Today I am in front of you because of this Supreme Court verdict, and the dissent that came its way from a small faction. The kind of language they used against the state. Pakistan is that only country in the world that was made in the name of Islam. No laws of this country can go against the Quran or against the Sunnah, and the judgement today was in light of that. To declare judges Wajib ul Qatal, to call the army chief a non Muslim, to tell the troops to rebel against the army, what kind of anti-state behaviour is this? It is a part of my faith that till we are not made on the lines of an Islamic welfare state, the country has no future. Our faith is not complete till we are not fully devoted to our Prophet (PBUH). We have taken steps against the insult of our most esteemed leader that no other government ever took. We took up the issue of the caricatures with the Dutch government and made them reverse the contest. We took up the issue of insult to our religion at the United Nations. Following this the European Council for the first time ruled that any insult of our Prophet (PBUH) can not be done in the name of freedom of speech. So we don’t just talk the talk, we actually take action. Then you have people inciting violence against our judges, against our army. At a time when the country is mired in an economic quagmire, they are causing unrest and asking for violence. We are trying to lift our poor out of difficulties, bring investment in the country and they are trying to disrupt the nation because a verdict is not in line with what they want? I want to appeal to the nation and the common man to not let them incite this kind of violence; they are doing a disservice to the nation by talking the language of the enemies of Pakistan by trying to incite the murder of judges and a rebellion against the army. I appeal to the people to not give in to them because they are simply trying to increase their own vote bank. To the faction making these threats, I am telling you do not take the state on. It is our duty to protect property, to keep roads open and to keep people safe. The state will then exercise its power if you so as much even decide to incite any kind of violence at a time when the whole country is trying to rise together. Don’t force us into taking action."