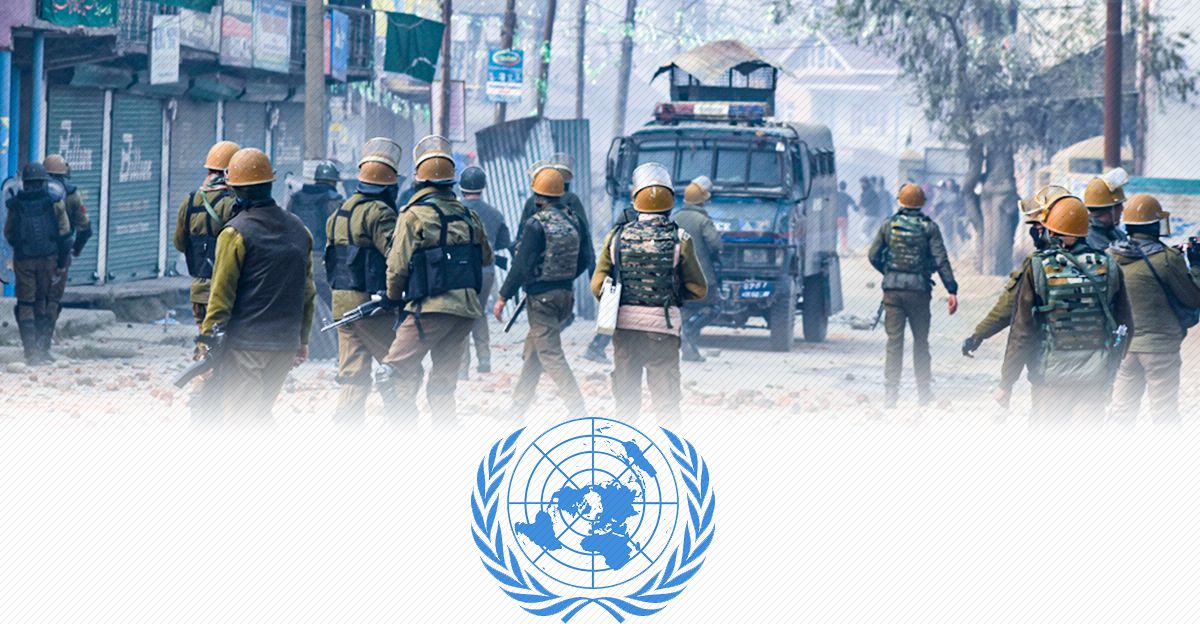 Pakistan's Ambassador to the United Nations, Maleeha Lodhi, underscored the urgency of initiating practical steps to deal with the worsening situation in Indian Occupied Kashmir, now in its fifth week of the Indian military's repressive lockdown, when she met UN Secretary-General Antonio Guterres on  Monday, according to informed sources.

During her 30-minute meeting at UN chief's 38th floor office,  Ambassador Lodhi said that the grave political and humanitarian crisis, which began unfolding after India's "illegal" annexation of the disputed state last month, has now reached the point that it  poses a threat to international peace and security.

She told the UN chief that the intensifying tragedy in occupied Jammu and Kashmir was, in fact,  an urgent call to set into motion his initiative of  “preventive” diplomacy before the crisis spins out of control, the sources said.

Now is the time to speak up for law, justice and human rights, the Pakistani envoy emphasized.

Tensions between nuclear-armed India and Pakistan heightened on August 5 when the Modi government abolished the special status for the State of Jammu and Kashmir guaranteed under Article 370 of the Constitution and placed the territory in a state of indefinite curfew.

To prevent a violent backlash, India sent in thousands of additional troops to tighten its hold on occupied Kashmir.  Phone and internet lines were blocked and top political leaders, including former chief ministers, were detained.

During the meeting with the secretary-general, Ambassador Lodhi said India’s illegal annexation of the state of Jammu and Kashmir had triggered multiple crises -- a  political and human rights crisis in Kashmir, a crisis with Pakistan, as a party to the dispute, and a humanitarian crisis which is growing as the lockdown there entered the 36 th day with no end in sight.

The Pakistani envoy also highlighted the gravity of the situation in vivid terms:  36 days of around the clock curfew, 36 days of a communication blackout, 36 days of food and essential supplies running out; 36 days without information of the well-being of family and friends; 36 days of  darkness, and an abiding fear of the unknown.

Ambassador Lodhi said reports of widespread torture and arbitrary arrests in occupied Kashmir were coming in, and thousands, including young children,  were being picked up from their homes in the dead of the night, without any trace.

She said the territory was on the verge of a health emergency, with hospitals running dangerously short of critical supplies including life-saving drugs, and patients left to the mercy of the elements.

The situation on the ground, she said,  was brewing into a full-fledged humanitarian crisis, the true extent of which will only be known once the draconian restrictions are lifted.

The illegal Indian annexation of Jammu and Kashmir,  Ambassador Lodhi said, was a gross violation of Security Council resolutions, and an affront to the rules-based international system.

On his part,  the secretary-general expressed concern about the situation in Jammu and Kashmir and said avenues of dialogue should always be kept open.