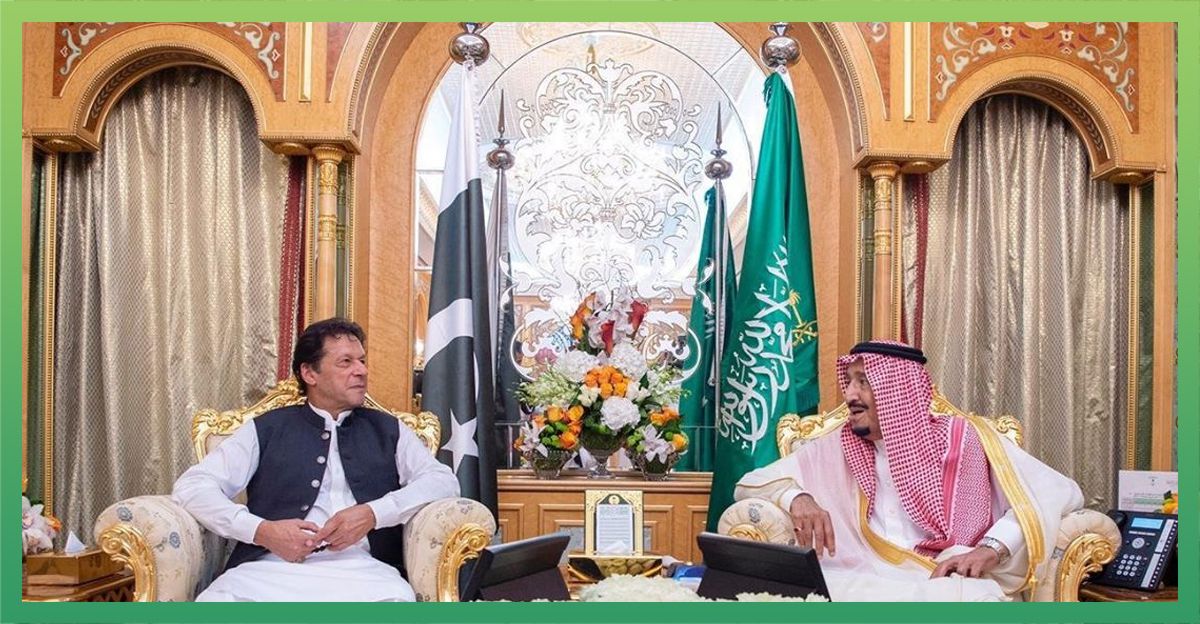 Extending a warm welcome to the Prime Minister, the Saudi leadership underscored that the relationship between Saudi Arabia and Pakistan is based on “real brotherhood”. The two sides underlined the deep and multi-faceted quality of the relationship and reaffirmed the resolve to enrich it further in myriad dimensions.

The Prime Minister reiterated Pakistan’s strong condemnation of the recent attacks on oil installations in Abqaiq and Khurais and reaffirmed Pakistan’s commitment to Saudi Arabia against any threat to its security and territorial integrity.

Prime Minister Imran Khan underscored, in detail, the dire human rights and humanitarian situation in the Indian Occupied Jammu & Kashmir and the grave risks posed to peace and security in the aftermath of India’s illegal and unilateral actions of 5 August and its irresponsible and belligerent rhetoric and actions. Noting that the indefensible lockdown of over 8 million Kashmiris had continued for 46 days, the Prime Minister stressed the imperative of urgent lifting of the curfew and restrictions, respect for the rights and freedoms of the Kashmiris, and resolution of the Kashmir dispute in accordance with the UN Security Council Resolutions. The Prime Minister also highlighted the pivotal role that OIC’s consistent support for the Kashmir cause has played.

The Saudi leadership expressed concern over the situation and reiterated its steadfast support and solidarity for the Kashmir cause. It was agreed to continue to work together for peace, security and a peaceful resolution.

On the bilateral plane, the Prime Minister recalled the historic visit of His Royal Highness Crown Prince Mohamed bin Salman to Pakistan in February 2019 and noted that it had imparted a strong momentum to the growth trajectory of the relationship. The two sides reiterated the resolve to further intensify bilateral trade, energy, investment, and people-to-people contacts. The Prime Minister conveyed sincere gratitude for Pakistan’s inclusion in the Road-To-Makkah Project and hoped for its extension to other major cities in Pakistan.

This is Prime Minister Imran Khan’s fourth visit to Saudi Arabia since assuming office in August 2018. His last visit was in May 2019 to attend the 14th Session of the OIC Islamic Summit in Makkah.

The long-standing Pakistan-Saudi fraternal ties are marked by trust, understanding, mutual support and standing by each other. Saudi Arabia hosts the largest number of Pakistani diaspora anywhere in the world. Saudi Arabia is among the founding members of the OIC Contact Group on Jammu & Kashmir. The two countries have established the Saudi-Pak Supreme Coordination Council (SPSCC), co-chaired by the Prime Minister and the Crown Prince. Its next session is due to be held in February 2020.