Pakistan pays tribute to its air force. - Take a look. 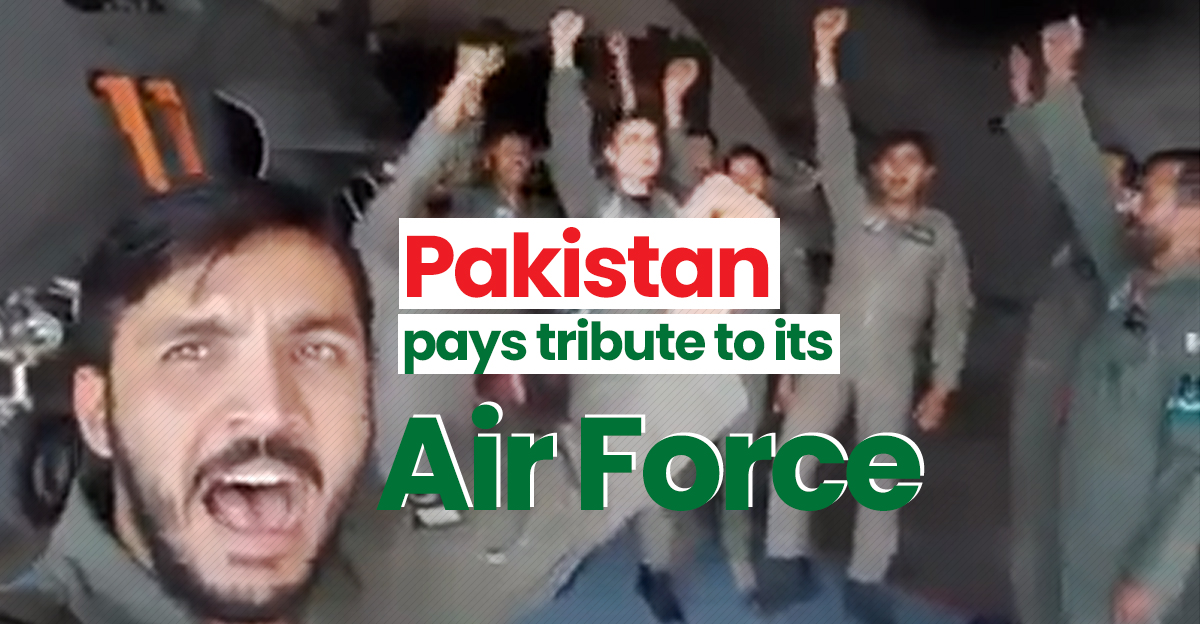 It has been a historic day for Pakistan. Indian jets tried to intrude Pakistani territory once again but they could not run back successfully this time. They were shot down by Pakistan Air force and one of their pilots has also been captured.
Here is how the nation is paying tribute to its airforce

One of our superstars!

Nation is proud of our defenders!

It's because of this power too that a stunned India now wants de-escalation!#PakistanStrikesBack #PakistanAirForceOurPride pic.twitter.com/hucPQ2w9ai

Angry villagers could have killed #Abhinandan if these two PAK Army soldiers wouldn’t have saves him from them.
Kudos to their rescue efforts, Sanity prevails.
He is now being treated and is in safe hands as per Geneva convention. #PakistanZindabad pic.twitter.com/2RQ1aJB4fA

@ImranKhanPTI will be go down in history as one of the greatest leaders EVER. So proud of the strength, courage, & brilliance shown by Pakistan.
Dushman tabah karne aya, usko itni izzat dete hai, sochey doston k saath kya karte honge hum? #PakistanStrikesBack #PakistanZindabad