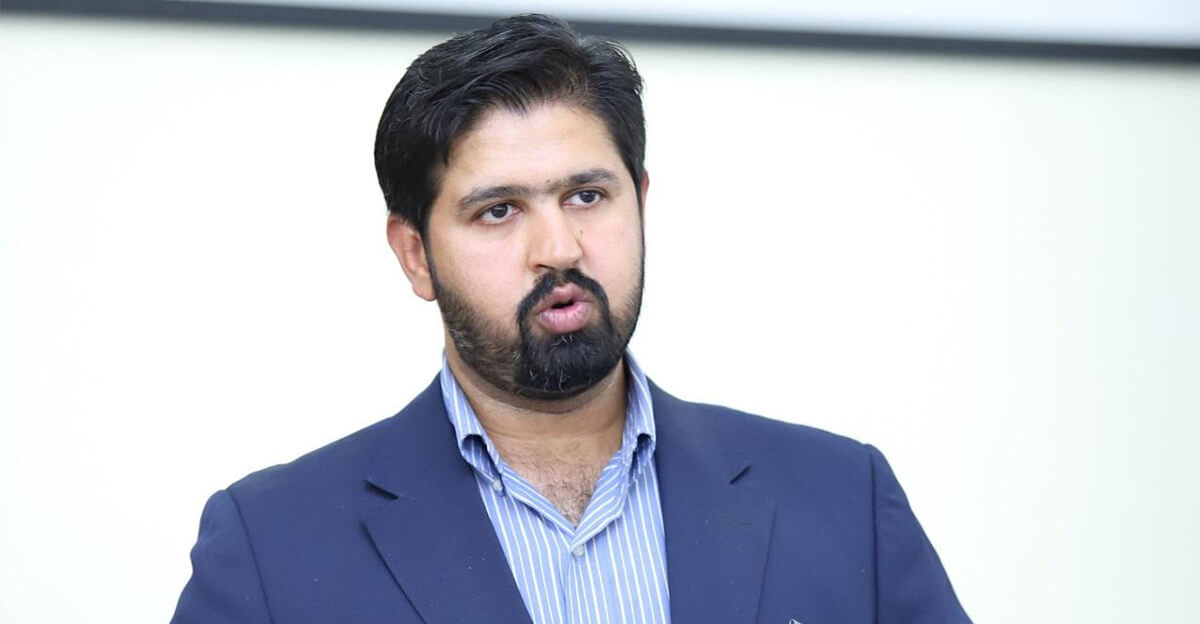 Imran Ghazali is a Digital Media expert with over 14 years of experience in this industry. He is also one of the pioneers of social media campaigning in Pakistan with over 120,000 followers on his personal accounts. He has been speaking as a Social Media strategist at various public events and has been consulting various global organizations on digital media.

Before this he was leading the digital strategy as a consultant to UNICEF for Clean Green Pakistan initiative at the Ministry of climate change.

He was also involved in the implementation of KP Government’s Digital Policy and working closely with KP IT Board as World Bank Pakistan Consultant for Digital Youth Summit.

He was also responsible for 360 degree digital coverage of Pakistan's biggest corporate summits Leaders In Islamabad Business Summit & The Future Summit prime events of Nutshell with hundreds of foreign delegates from over 30 countries.

Voluntarily he was also training the Government of Pakistan officials on the effective ways of using digital platforms for government and held few workshops at NITB in collaboration with Facebook.

From Dec 2016 to August 2018, Imran worked as Head of National Campaigning – Digital at Alif Ailaan, which has been recognized as the biggest campaign on education reforms in Pakistan. He was the architect of the digital strategy for the last two years of the campaign that resulted in increased reach and engagement on social media platforms.

At Alif Ailaan he also led the initiative for the development of a citizen reporting mobile app “Taleem Do!” This App was available for both Android and iOS that got 60,000 downloads in two months and was in the top 3 rated apps on android in news category. He was also responsible for getting an innovative and dynamic website developed and getting over 1.5 million visits in two months of the election campaign.

Before this he has worked as Chief Digital Officer at M&C Saatchi World Services where he was responsible for the whole digital business and was leading digital strategy for key accounts. He has advised for the digital strategy and led the social media roll-out of their Pakistan-US Friendship campaign.

While working as Business Director, Digital at ZenithOptimedia (ZO), Imran had the opportunity to reset a business unit and lead a team of enthusiastic young individuals. He led a young dynamic team of 30 and developed the digital line of business as a new unit and transformed it into a fully organized unit with strategy, creative, content, planning, social media management and analytics as core functions.

Imran is also one of the founding members of Pakistan Tehreek-e-Insaf Social Media, as he was the one to create online presence of PTI and Prime Minister Imran Khan on social media including their Facebook pages and Twitter accounts.

He has been involved with PTI Web team since 2007, and played a central role to recruit, train and organize hundreds of volunteers. He was appointed as Head of Social Media for Pakistan Tehreek-e-Insaf during 2013 elections, where he built the team structure, initiated, planned, strategized and executed the digital campaign - which is still termed as the most successful social media campaign in Pakistan’s political history.

After the 2013 elections, he was appointed as the Head of PTI Social Media Operations, where he organized and coordinated with over 300 team members across Pakistan. He played a strategic and advisory role as he got over 30 PTI Pages verified on Facebook and Twitter including top leadership accounts, which later on helped the party in 2018 elections.

In the past he also headed the Pakistani American Students Association and turned it into the best student organization at The Ohio State University.

Imran graduated with a Bachelors with Honors degree from Ohio State University in 2009.