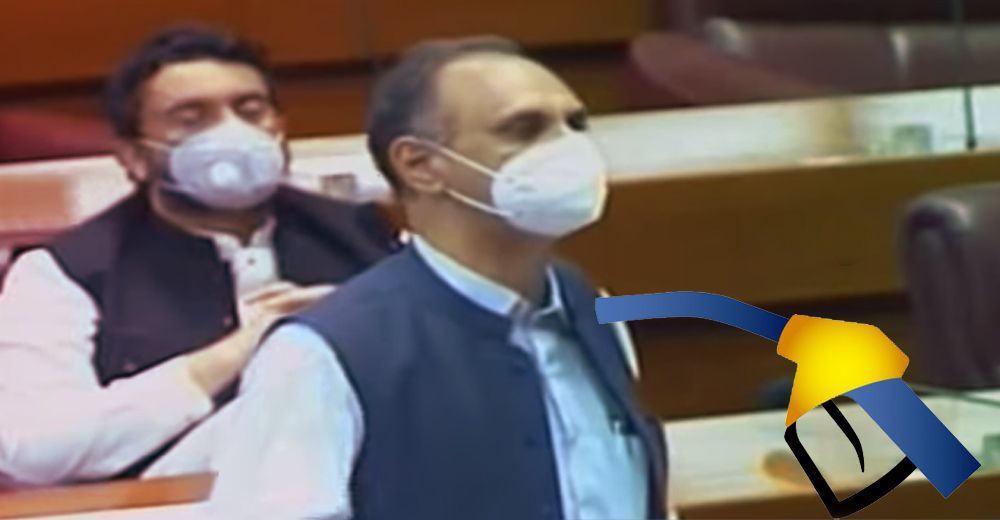 Minister for Petroleum, Omar Ayub says the only reason of Petroleum price hike is the sharp increase of prices at the international market.

Addressing a news conference along with the Special Assistant to Prime Minister on Petroleum Nadeem Babar in Islamabad on Saturday afternoon, he said during last forty days international market witnessed 112 percent increase in oil prices.
Omar Ayub said the petrol prices in Pakistan are still the lowest in the Sub-continent by a wide margin.

He said Prime Minister Imran Khan is committed to provide relief to the public, therefore, we have not increased the prices according to international trends.

The Minister vowed unwavering fight against 'mafias' to pass on relief to the public according to the manifesto of PTI.
He said contrary to the previous government, every possible legal action will be taken against the beneficiaries of oil shortage in the country.

Nadeem Babar said shortage of petroleum products in the country was due to limited stock of Oil Marketing Companies.
He said according to rules, OMCs keep the reserves for 21 days but in real they didn't fulfill this requirement.
He said the second major reason of Petroleum shortage is illegal pumps that were involved in illegal storage.

The Adviser said around1500 pumps are being operated illegally across the country and crackdown will be started soon against them. He said legal reforms will be made to avoid any kind of petroleum shortage in future.