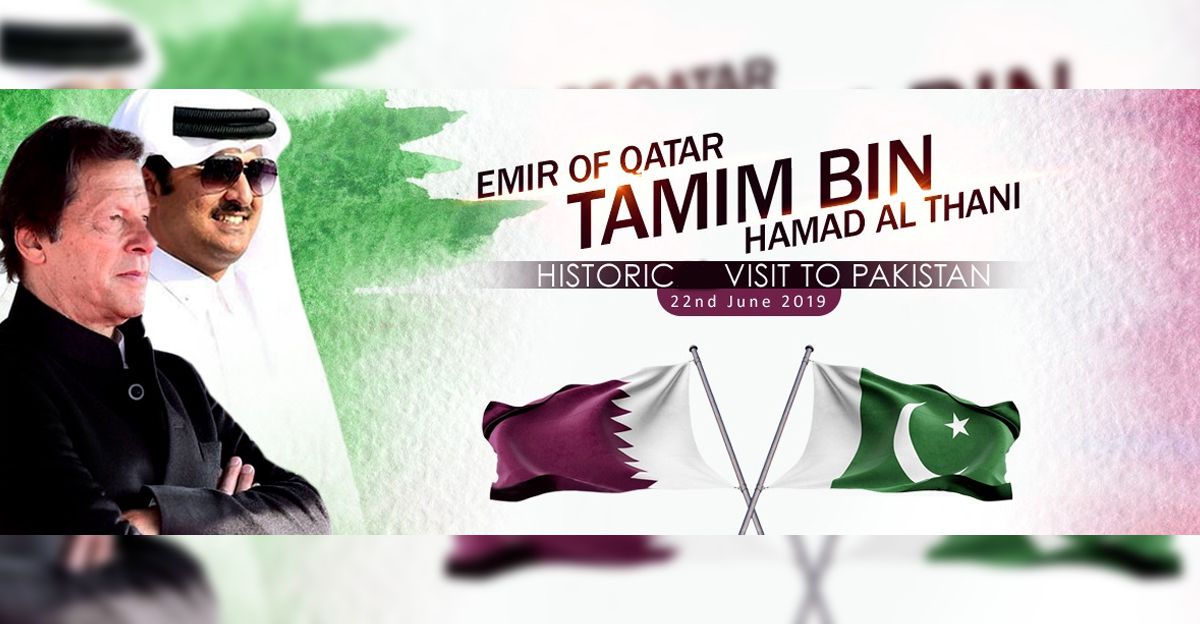 On the invitation of Prime Minister Imran Khan, His Highness Sheikh Tamim bin Hamad Al Thani, Amir of the State of Qatar, arrived in Islamabad today on a two-day State Visit to Pakistan. He is accompanied by a high-powered delegation comprising key Ministers and Senior Officials.

The Prime Minister and HH Sheikh Tamim bin Hamad Al Thani held one-on-one meeting, followed by delegation-level talks. The talks were marked by exceptional warmth and cordiality. All aspects of bilateral relations came under review. The two leaders reaffirmed the closeness of Pakistan-Qatar fraternal ties and reiterated the resolve to forge a robust political and economic partnership.

Among other things, it was agreed to take steps to significantly increase bilateral trade; expand collaboration in the agriculture and food sectors; enhance cooperation in the energy sector including in the LNG and LPG fields and exploration and production of oil and gas; promote Qatar’s investments in energy, tourism and hospitality industries; increase the number of Pakistani workers employed in Qatar; expand cooperation in the fields of aviation, maritime affairs, higher education, and defence and defence production. It was decided that the respective Ministers would hold further follow-up talks on the areas to give concrete shape to the proposals agreed between the leaders.

The two sides also exchanged views on the regional situation and efforts to facilitate the Afghan peace process.

His Highness the Amir will have a meeting with the President of Pakistan tomorrow. The visit of HH the Amir will further cement the close brotherly relations between Pakistan and Qatar and give a significant boost to bilateral cooperation in diverse fields.