That's how Billion Tree Tsunami has changed the whole country.

That's how Billion Tree Tsunami has changed the whole country. 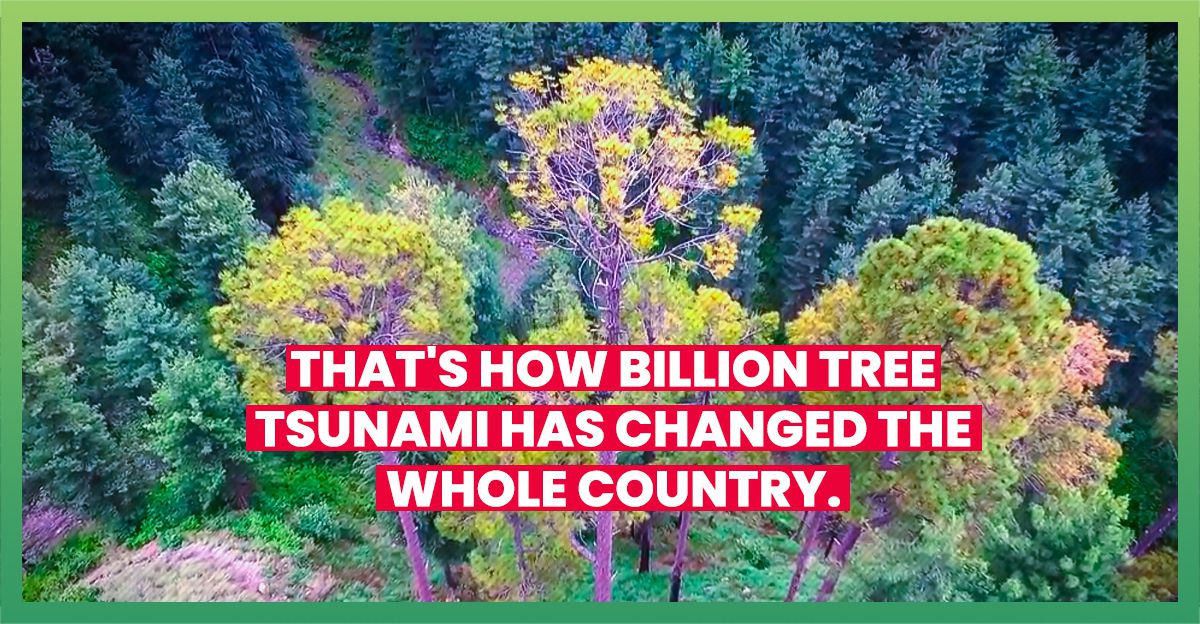 Prior to Elections 2013, our party launched a comprehensive “Environmental Policy”; something unprecedented in Pakistan before. As soon as we assumed KPK government, we now had the means to implement our policies and manifesto across the province.

Billion Tree Tsunami has been acknowledged by WWF and this project makes Pakistan to be one of the countries that have successfully completed the Bonn Challenge.

The Billion Tree Tsunami project has been declared a Green Gold by AFP in their story. You can read it by Clicking Here

Following is the list of some more International Media outlets praising the Billion Tree Tsunami - Click on the names to view :

About 13000 govt and private nurseries were set up in the whole province and an estimated 500,000 green jobs were created.

These were some of the prominent outcomes of the Billion Tree Tsunami Project - It has started showing its result and it will be benefitting the upcoming generations of the country.

The afforestation has affected the environment in an extremely positive manner. In addition to environmental changes, about 13,000 government and private nurseries were set up in the whole province and an estimated 500,000 green jobs were created