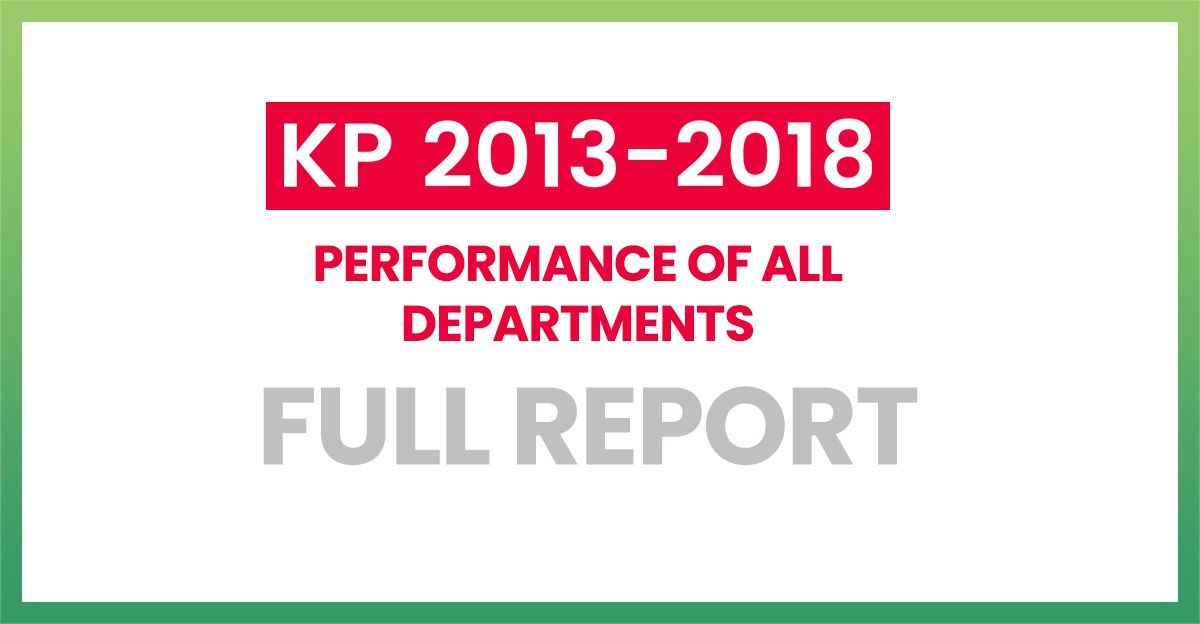 KPK at a glance: Performance Report on PTI-led KPK Govt 2013-2018 In 2013, when PTI emerged as a majority in KPK Assembly, the province had inherited rampant corruption and barbaric terrorism from the previous provincial government. The most volatile province was now a responsibility on PTI’s shoulders. The entire country had its eyes on the north-western province of Pakistan with either of two things; sheer hope or strict scrutiny. This was no easy ordeal but the public opinion states we have been quite successful in achieving our idealistic targets. Here’s a comprehensive report about PTI’s performance in departments such as: • Health • Education • Law and Order • Local Govt. and Rural Development • Climate Change • Sports, Tourism, Culture and Youth Affairs Read here: