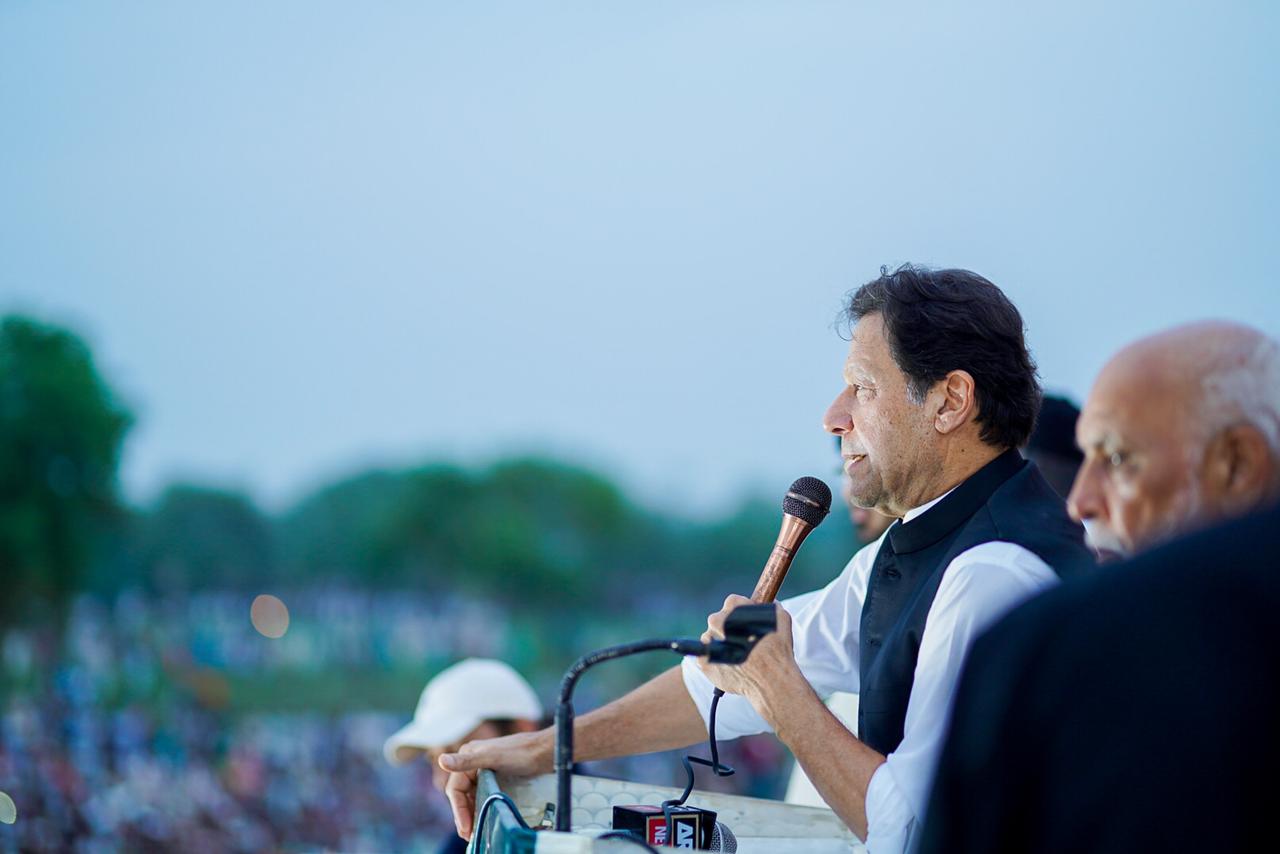 Today, Imran Khan addresses the perceptive youth, elders and women in Sahiwal. After seeing the heavy downpour of rain, I thought I’d be able to swim here but it won’t be possible for us to hold a jalsa. Now, looking at the crowd, I present you all my homage, especially my sisters who came out in spite the rain and the water that’s standing. I am truly very grateful to all of you. Now, I want to address the youth among my nation here, Pakistan was established on the two-nation theory.