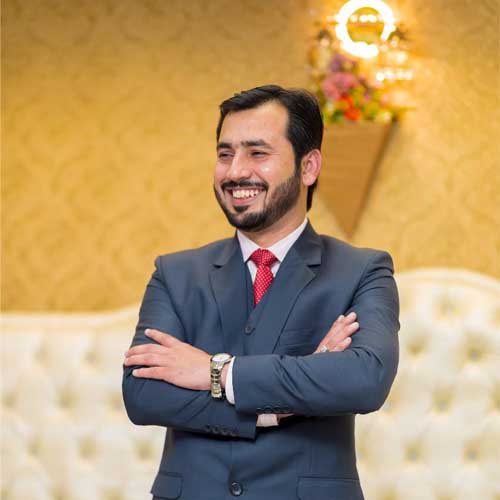 Mr. Nousherwan Niazi has done MBA (Marketing) and is Gold Medalist. He is currently working in a Multinational Company as Territory Manager.
His Journey with PTI SMT Started during 2014 Azadi March as a volunteer. He worked in South Punjab team as backend and Ground team volunteer while providing coverage through his photographic skills, give live streams in numerous Jalsas, rallies & protests in all over Punjab. During 2018 GE he along with his team did exceptional coverage of Election Campaigns of Candidates in whole south Punjab.