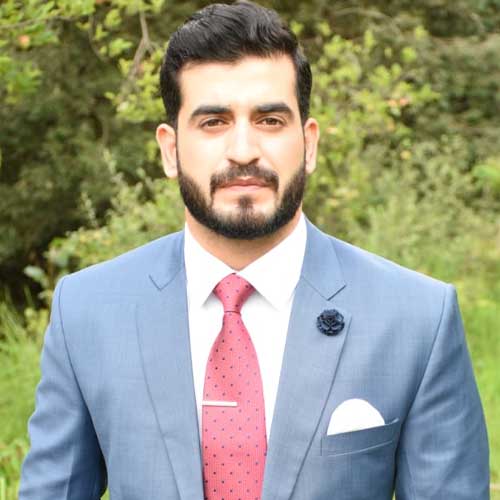 A political scientist, Noman Khan is also an Occupational Health and Safety Management postgraduate. Off the political field, he is an excellent athlete and has bagged many gold medals at the provincial level. By profession, he follows his personal passion for fitness and works as a physical trainer. Despite excessive workload, Noman Khan is pursuing further studies in Human Resource Management. He plays his part as a useful member of society by often participating in various charity acts especially by the organization called ’Acts of Kindness’ . Like the majority of Pakistanis, Imran Khan had been his ideal since his school days owing to which he decided to join the Insaf Student Federation in 2011. Before joining PTI SMT, Noman Khan had started his own page in support of PTI on his own. Appreciating his style of work, eloquence, and support for PTI, he was called to serve on PTI Social Media Team for AJK in 2014. His hard work, passion, and commitment in 2015 led him to be appointed as the PTI AJK Facebook Team Lead. It is to his and his team’s credit that the PTI AJK page became an Official Verified Facebook page. In 2016, in recognition of his services and performance, he was appointed Head of Operations for PTI AJK SMT. He re-organized and rejuvenated the soul of the ground teams by himself participating and leading the ground team in numerous PTI events across AJK and within Pakistan including Imran Khan's jalsas. He managed efficient live coverage of various PTI leadership events. In 2017 he - still in his early but efficient years on the field- was appointed as Head of ISF Islamabad. His vision stresses the involvement of youth in their country’s politics, as the youth are the guarantors of a prosperous future of any nation. Recently he was appointed as the Head of PTI AJK SMT and Member PTI SMT. He looks forward to overseeing the development of PTI SMT in AJK, and maintains his undying and unending support for his leader and country.