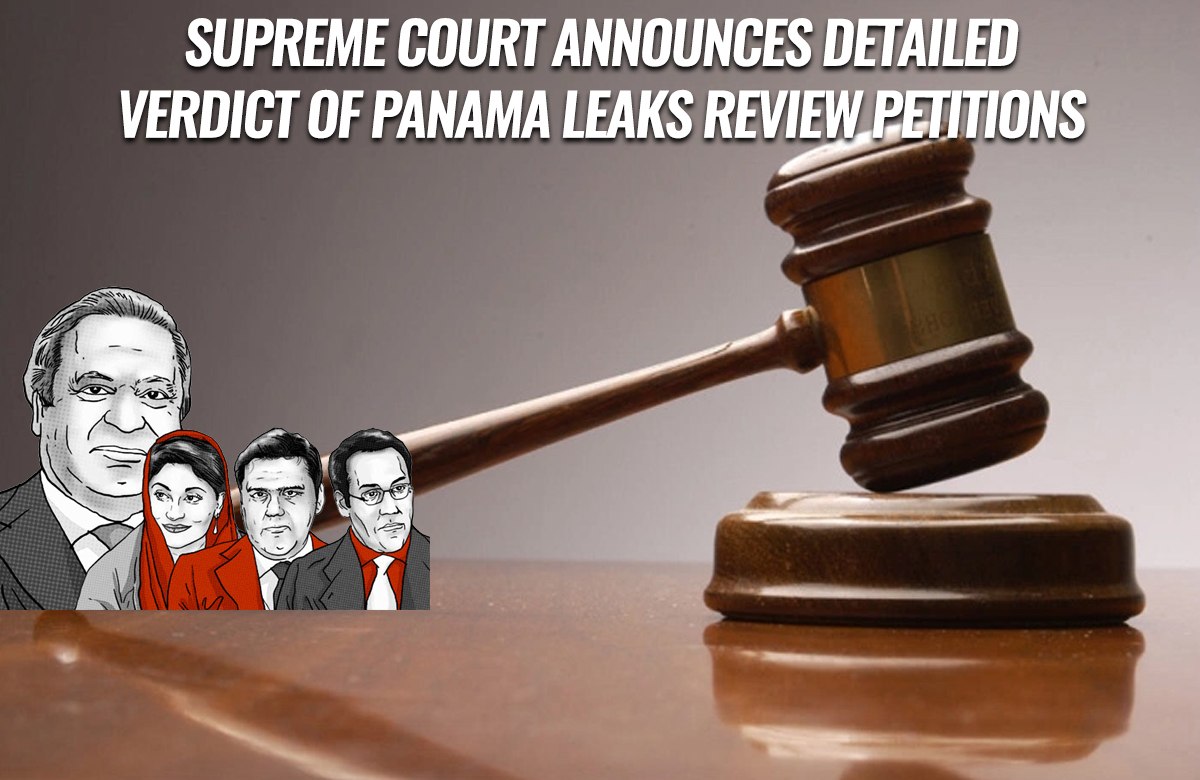 The larger  bench of the Supreme Court dismissed a set of review petitions filed by Nawaz Sharif  and family.  According to the order , NS tried to misguide the Nation and Apex court ,           Maryam Nawaz is the owner of London’s avenfield flats , Supreme Court’s verdict.Nawaz  continued to get his salary from FZE Company for six and a half years, but he lied and concealed. Nawaz Sharif deliberately submitted a fake affidavit with the nomination papers, which cannot be ignored,the bench remarked. It is legal responsibility of the candidate to disclose all assets in the nomination papers. It is unacceptable that NS does not know the basic principle of accounting.  Salary from FZE Company was an asset.The order written by Justice Ijaz Afzal reads that the facts regarding disqualification of Nawaz Sharif were uncontroversial

Here is the full verdict