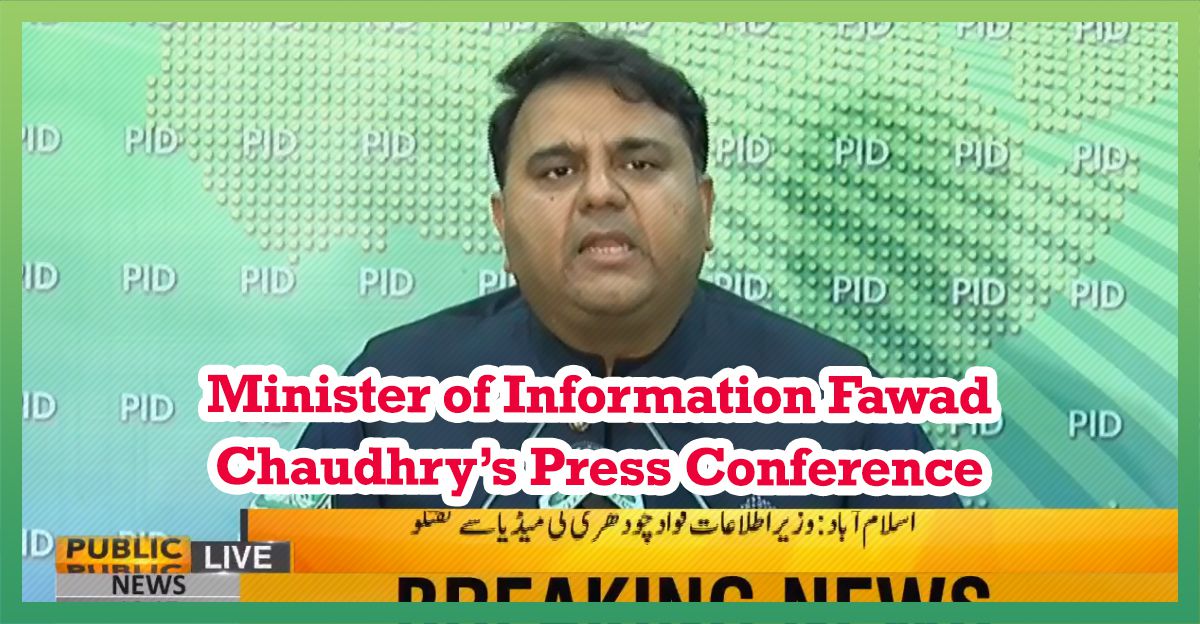 Excerpts from the press conference:

The audit into the metro and mass transit projects audit does not mean these projects will be shut down. But we need to unearth the kind of funding used and abused as our stand has always been that there was massive corruption behind these projects. In KP the audit was done and not a single rupee of corruption was found in the project. And then we have to assess the cost of running these projects as well The practice of disbursing funds to ministers will be ended. And funds will be devolved to necessary levels for more efficient use of funds. Censorship has been removed from state channels; and we are nominating PPP and PMLN reps to be on the editorial board of PTV so they have independent representation. We are going to start 8 hours worth of English transmission on Pakistan radio. The information ministry is not being dissolved; so let’s remove that doubt here. If needed we will look into involving FIA into the audit of the mass transit projects. We want PTV English to play the role of a regional player, to propagate Pakistan’s narrative to the world and to uplift the image of Pakistan. Fawad Chaudhry continues the presser by saying that; We have also looked into making mechanisms where MNA’s can approach the parliament for required funds. No money so to be spent without approval of parliament so that the taxpayer is content that his funds are being used the right way. It should not be up to the PM or his ministers to go to areas and just announce packages worth billions which would amount to nothing. The Prime Minister has also received a full briefing on the load shedding and electricity crisis in the country. All those projects that have been signed for and agreed upon under CPEC, will be completed especially if they are important to the development of the corridor. As for the orange train; because the people of Lahore have gone through so much for this line.... we will ensure it is completed in record time, but audits will be done into the project. We want to save every penny of the taxpayers. And for overseas Pakistanis; Asas Umar is bringing in very interesting investment instruments and they will be announced soon. Imran Khan has no issues in going to court if summoned by the Chief Justice or send the right representation. If the FIA sends a report to the cabinet regarding the names of Nawaz Sharif and Maryam, or even Musharraf, it is only then when we will make a decision on it. The decision first and foremost lies with the courts. Our reporters and cameramen are supreme to us. Without the free media, our governments can not work. The issue of bringing money back from overseas; the FIA has to report by Tuesday what concrete steps they have outlined to do this and what TOR’s will be present. Separate task force has been made on how to clean up the country and launch a mass cleaning drive. This will take time but the aim is to do it as soon as possible. As far as RTS is concerned, a complete inquiry will be done and we want to evolve a mechanism that is bipartisan and that all parties are satisfied with.