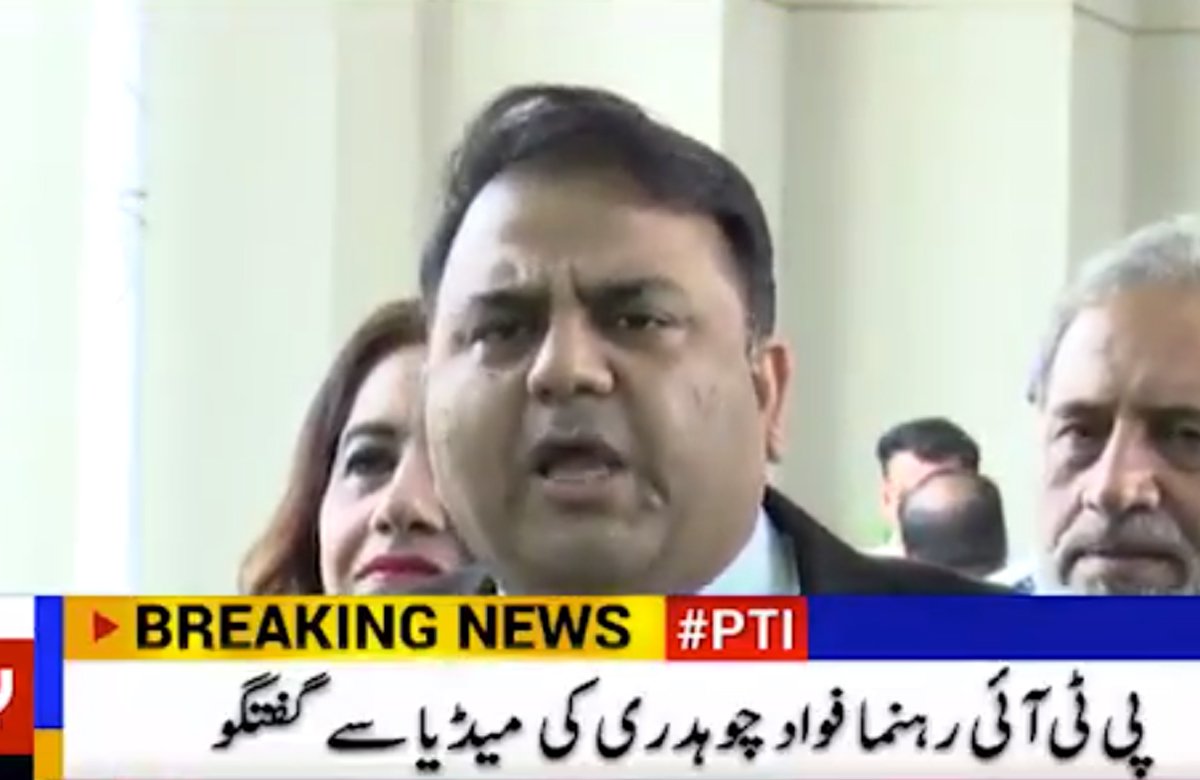 Fawad Chohdry was talking to media outside supreme court. He says that PMLN is trying their best to keep the case of Imran Khan alive in supreme court. At first , they had an objection on Bani Gala, they moved on to London Flats after that and then they asked about they money trail of Imran Khan's cricket. Now that they have seen that Imran Khan has provided each and every document , they are demanding for an investigation on Jamima which is a funny statement.

The lawyers of PMLN and the party itself is trying their best to get Imran Khan and Jahangeer Khan Tareen disqualified. That is the reason that a judge asked the lawyer of PMLN "Do you think that violation of each law will result in a disqualification?" . Fawad Chohdry explained it with strong logic and reasons.