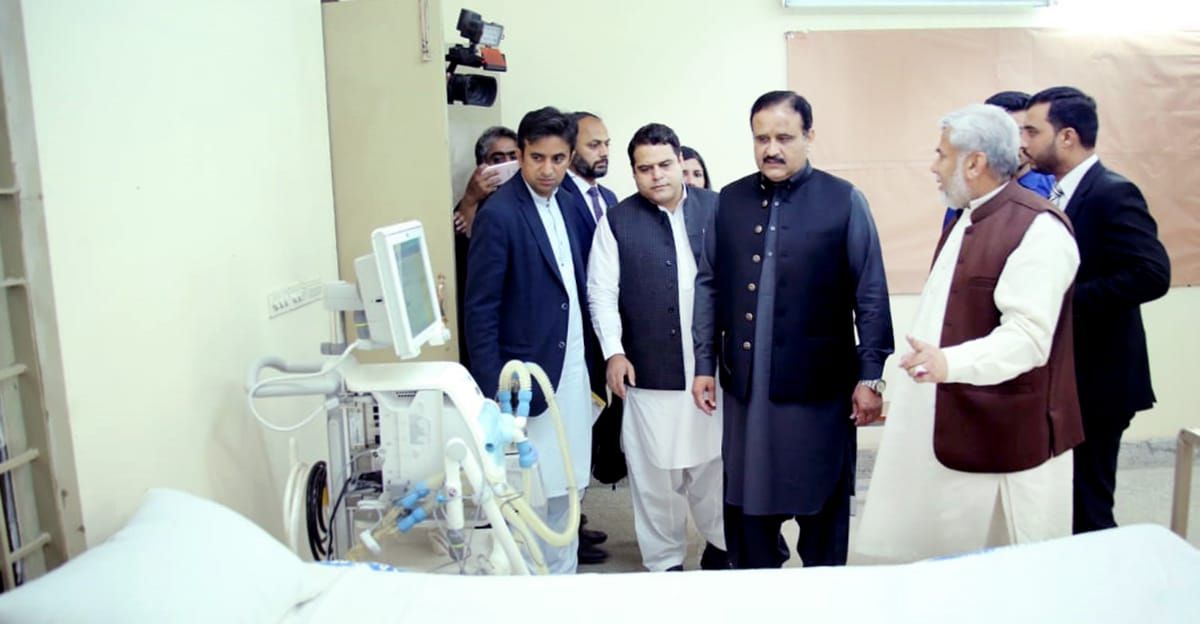 Chief Minister Punjab Sardar Usman Buzdar has said that there are 189 suspected coronavirus cases in Punjab and Punjab government has taken timely measures to cope up with coronavirus.

Punjab government first of all initiated steps on January 3rd to deal effectively with coronavirus and control room has also been set up in health department. Cabinet committee has been constituted immediately which holds meetings continuously and put forth their recommendations, he added. The decisions taken during National Security Committee meeting are being immediately implemented in Punjab province.

Usman Buzdar expressed these views while talking with media on undertaking visit of quarantine centre being set up at labour complex Multan. He further maintained that provincial apex committee meeting was held at CM Office today in which important decisions have been taken. Ban has been imposed on recreational points including Murree for the tourists and visitors.

The movement of general public in government offices has been limited while only necessary staff will come to office and other staff will perform their official duties on Skype, he directed. It has also been decided to close down shopping halls and restaurants at 10 pm while medical and general stores will remain open along with factories and markets. The quarantine facility will further be improved in Punjab and Punjab government will assist other provinces especially Balochistan to improve quarantine facilities. We will also extend assistance to Balochistan government with regard to setting up quarantine centre at Taftaan, he stated. He further maintained that Punjab government is reviewing to set up quarantine centre in Taftaan with its own resources.

Health department has been granted approximately Rs24 crore to deal with coronavirus and we have also allocated additional Rs 1 billion for the health department. Usman Buzdar also announced to set up special fund amounting to Rs5 billion to cope up with coronavirus. Punjab government in case of need will also set up field hospital consisting of one thousand beds and 41 high dependency units have also been established in hospitals, he added.

Three hospitals of Lahore, Rawalpindi and Muzaffargarh have been earmarked for corona patients. Section 144 along with health emergency has been imposed in Punjab. Later, Usman Buzdar also visited the quarantine centre being set up in labour complex. He also inspected provision of facilities for the patients, hygiene arrangements and washrooms cleanliness at the centre.

Usman Buzdar was apprised during the briefing that isolation ward has also been set up in the hospital and there is also capacity of additional 1440 beds at Multan. Staff consisting of 300 persons will perform their duties to properly take care of the pilgrims in addition to performing other necessary duties. Dr Faisal Sultan of Shaukat Khanum Cancer Hospital, MPA Sabeen Gul Khan, Chief Secretary, IG Police, Secretary Information, Secretary SH&ME and other officials were also present on this occasion.