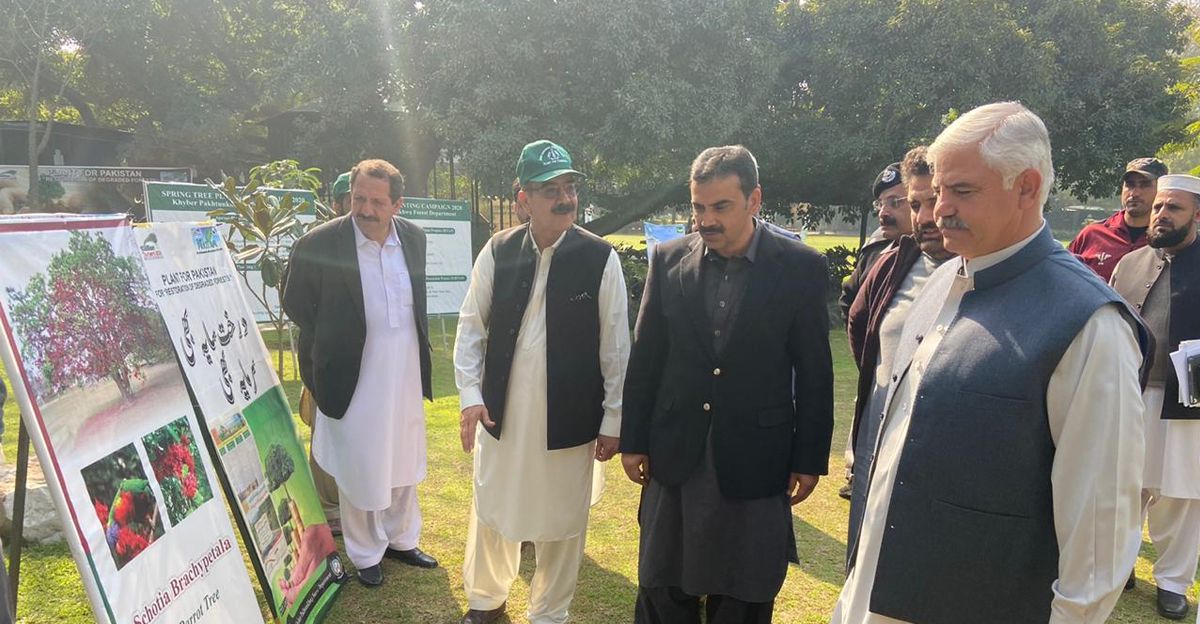 Speaking on the occasion the Chief Minister stated that the ongoing spring tree plantation campaign has been initiated throughout the province with new zeal and commitment in order to counter the negative effects of Pollution, Environmental Changes, Drought, Floods and other Natural Challenges for which prior preparedness is of paramount importance.

Commenting on the drive, Secretary Environment briefed that the target of planting 10 Crore saplings was set for the year 2019-20 against which 14 Crore saplings have been planted so far exceeding the set targets. He stated that the department is committed to plant a total of 18 Crore saplings by June this year.

The Chief Minister stated that one billion trees were planted during the previous tenure of PTI led Provincial Government under the Billion Tree Aforestation Project which are yielding positive results. Keeping in view the success of the project, the Federal Government has decided to plant 10 billion saplings throughout the country in which the present provincial Government of Khyber Pakhtunkhwa is committed to contribute its share.

The Chief Minister appealed that citizens along with government and non government organizations should also contribute their fare share in making the province green which will not only help in improving the environment but will also be a significant contribution in promoting tourism.