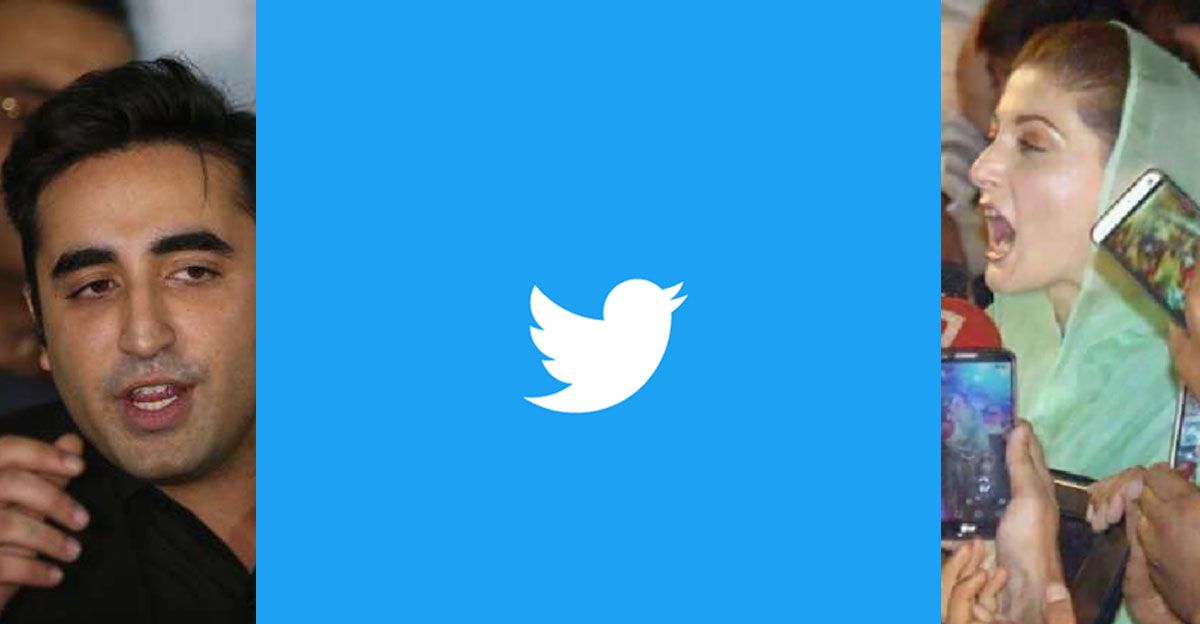 
Twitter is losing its attraction among serious crowd as frequent use of abusive language has made the it very toxic.Political party heads shld not encourage abuse by following abusive trolls.@BBhuttoZardari & @MaryamNSharif shld unfollow dozens of abusive trolls they r following pic.twitter.com/7LfLpxmqVE

From abusing media persons to incitement to violence all is done by these trolls but they r still being followed by @BBhuttoZardari. One can follow unintentionally but since now he knows , if he still opts to continue following him then it means instructions to abuse r from top pic.twitter.com/tVpC7EMyWP

Party heads should not follow ppl who are sending abuse to state institutions or who abuse ppl just coz they don't agree with you.@BBhuttoZardari pic.twitter.com/yl6MbPkFN4

Some more examples and there r plenty more but point is that lets start to discourage abuse starting from top @BBhuttoZardari pic.twitter.com/wMOhYiXh6b

Abusive language and typical incitement to violence is a normal feature in tweets of these trolls. @MaryamNSharif can discourage abuse by in following such accs but ofcourse big question is Does She? pic.twitter.com/eZwqaj5ywU

There are so many more accs but ending the thread as dont want to point score on the intentional or unintentional action of @BBhuttoZardari & @MaryamNSharif following these abusive accs.Point is that they can make a difference by unfollowing all such accs to discourage abuse. pic.twitter.com/q9Pp7IjrAZ

The accounts pointed out by Dr. Arslan Khalid, are not only using the abusive language, but they're also followed by the prominent figures of the opposition; Maryam and Bilawal.

Other political figures like Zartaj Gul and Fawad Chauhdry have also joined the movement:


I ONLY BLOCK ABUSIVE accounts as a matter of policy. There should be no space accorded to such sorry souls, whoever they may be. It is shocking to observe that a legion of such abusers are being followed / promoted by @MaryamNSharif and @BBhuttoZardari. https://t.co/pzI6GDUb17