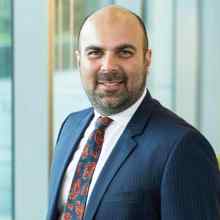 Taimur Khan is currently the Minister for Finance, Khyber-Pakhtunkhwa Province, and the Member Provincial Assembly (MPA), PK73 Peshawar. He is the Head of Policy Unit, Pakistan Tehreek e Insaf (PTI) and architect of PTI's First 100 Days Agenda. Prior to joining politics, Taimur was an elected Partner at McKinsey, in their Middle East Office in Dubai. Part of the leadership team that established the Firm’s 100th office, in Pakistan, he led their Public, Social and Healthcare practices in the country, and co-led the Firm’s education practice in the Eastern Europe, Middle East and Africa (EEMA) region. Taimur’s key areas of expertise include strategy, change management and large scale public sector transformations across education, health, tax and economic development. He is known in particular for his work on education reform, having led the Firm’s work on the Punjab School Reform’s Roadmap, one of the largest and most successful education transformation programmes of its kind anywhere in the world, for over six years. He also worked on a number of other education reform efforts globally, across Australia, Asia, the Middle East, Europe and Africa. Taimur also has extensive private sector experience in strategy, growth and project management, having worked in a number of sectors including upstream and downstream oil and gas, power, alternative energy, telecommunications, FMCG and IT. Prior to McKinsey, Taimur worked for six years for Schlumberger Oilfield Services, in various global line management roles and as a Field Engineer. He holds an MBA from London Business School, and a BS in Mechanical Engineering from GIK Institute.