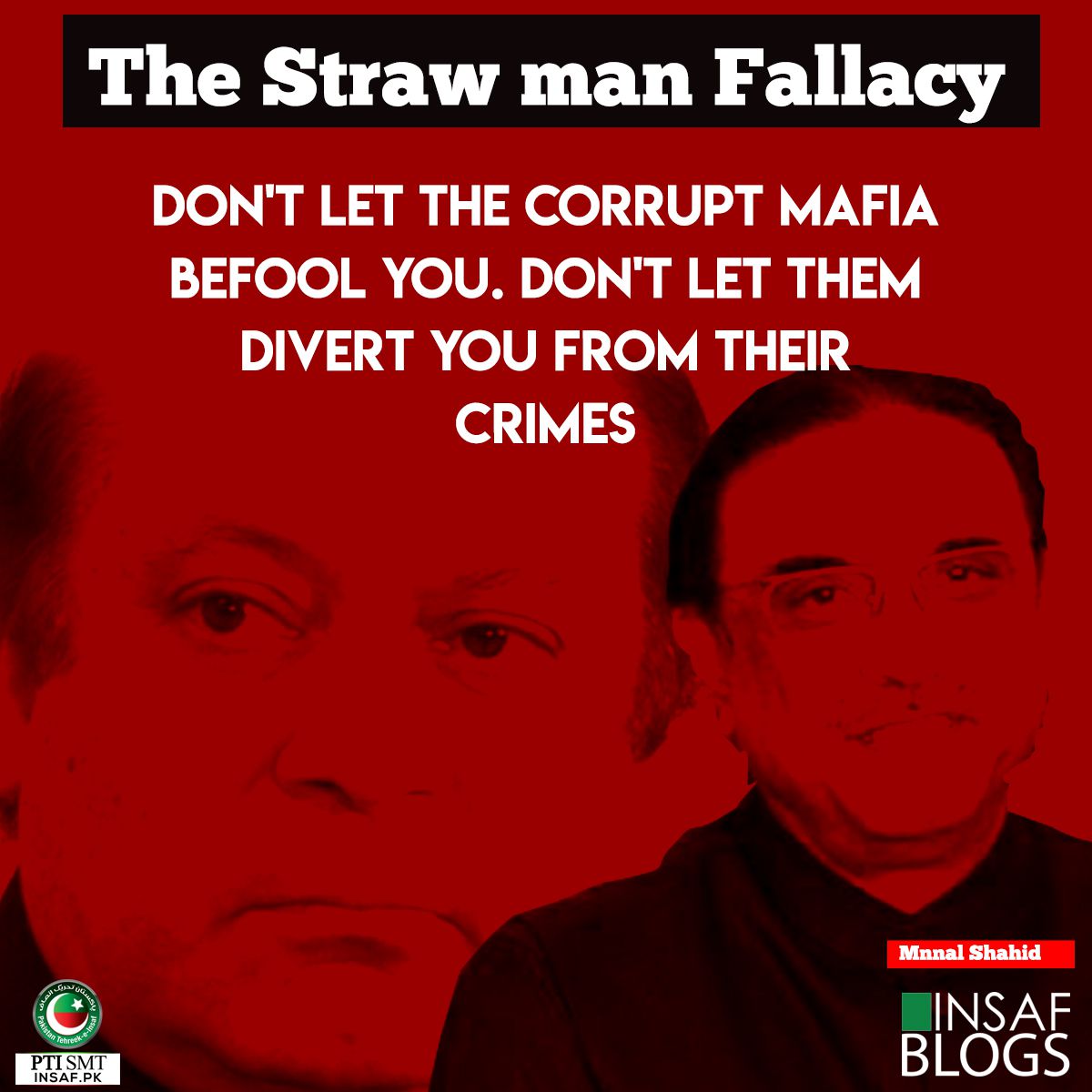 If there's anything that can sum up PML-N's recent oh-so-pro-democracy narrative of "Vote Ko Izzat Dou" it's simply this fallacy called "The Straw Man Fallacy" Let's brainstorm, shall we?

Here are some points that need to be thought and observed::

- Did Establishment put Nawaz Sharif on gun point and ask him to buy flats in London?

- Did Establishment put Hassan Nawaz on gunpoint and ask him to say, "each penny for these flats comes from Pakistan" in his interview on Hard Talk?

- Did Establishment put Nawaz Sharif on gunpoint and ask him to hold Iqama of another country being the Head of State of Pakistan?

- Did establishment forcefully stop Nawaz Sharif from declaring that Iqama on his nomination papers?

- Did Establishment stop Nawaz Sharif from declaring the salaries he kept drawing from FZE (from 2013-16)?

We do not doubt that had establishment wanted to SAVE Nawaz Sharif from disqualification, it could've easily done that. But to say that Nawaz got disqualified DUE to Establishment's resentment against him, instead of Nawaz himself FAILING TO PROVE that he didnt launder money, lie on the floor of parliament, kept a secret Iqama and kept drawing salaries from FZE, is deliberate ignorance. That's what this (failed) attempt of misguiding the masses is about.

Straw man fallacy is a way of giving a false impression of refuting an opponent's argument, while actually refuting an argument that was NEVER presented by that opponent. It's very easy for anyone to give examples of how Establishment was involved in toppling down five civil governments, and no one denies how the same Nawaz Sharif himself reaped its benefits 3/5 times (irony). But the task of Pmln is to explain WHAT EXACTLY IS ESTABLISHMENT'S FAULT IF NAWAZ SHARIF GOT DISQUALIFIED FOR THE WRONGS HE COMMITTED HIMSELF?

Man, you committed a crime yourself and got disqualified for it. Your story ended right there. No one refuses to respect democracy but HOW EXACTLY IS A LIAR'S disqualification on constitutional basis, after a trial of 1.5 years, EQUIVALENT TO Vote Ko Izzat NAA deina/disrespecting democracy?