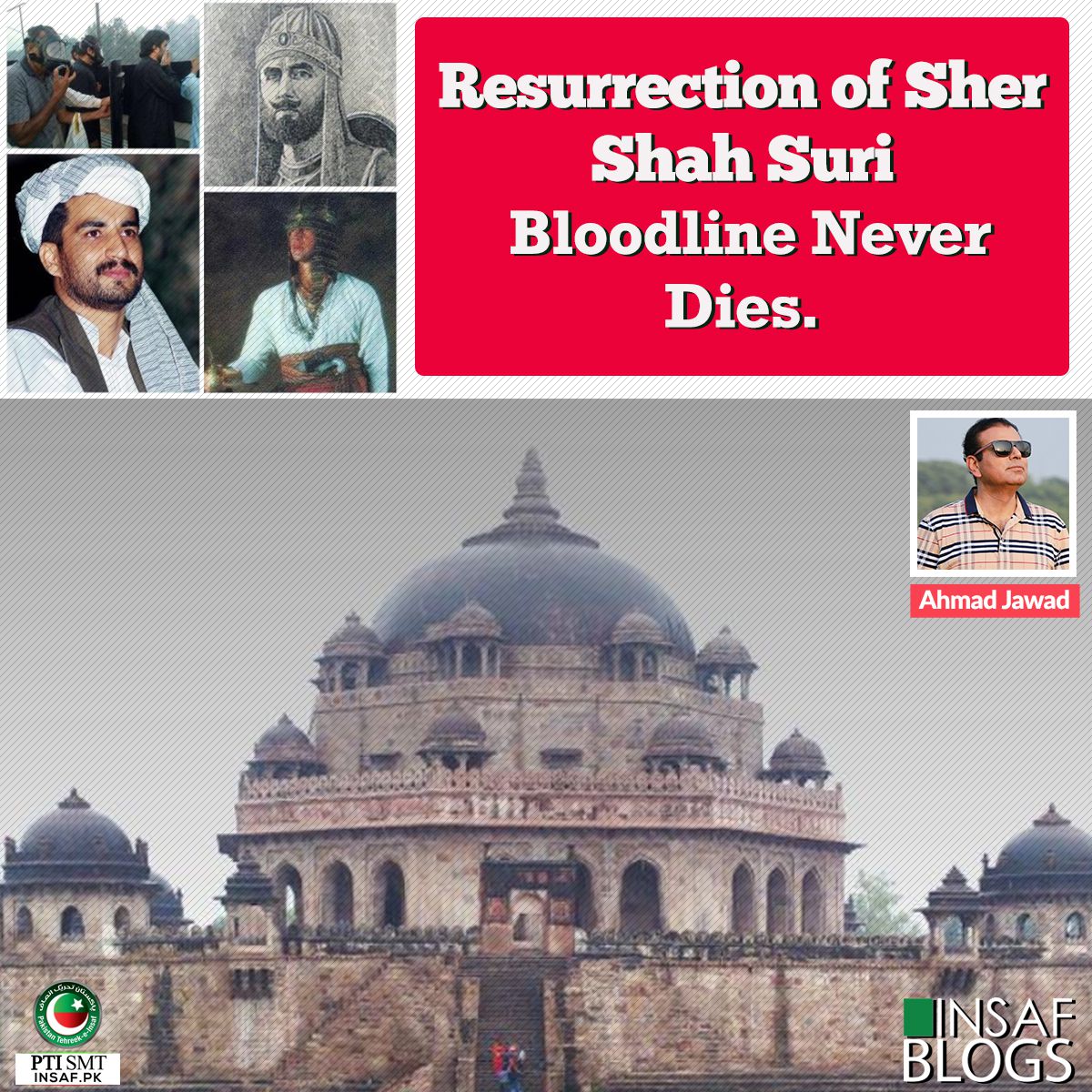 Mahathir is a unique case where he resurrected himself as Prime Minister of Malaysia at the age of 93 years. He has come back to complete the unfinished agenda of progress & development.

Sher Shah Suri is the most glorious example of a Afghan/Pashtun Muslim ruler in the once united region of today’s India, Pakistan & Afghanistan who laid the outstanding foundation of infrastructure & reforms over which Mughal Empire was later built. Sher Shah Suri in his short tenure of 6-7 years introduced judicial system, revenue collection system, Patwar system, postal service, roadside Inn, customs, road network & many other areas. Sher Shah Suri is the most Avant Garde and visionary leader in the entire history of India, Pakistan & Afghanistan.

Today, we see resurrection of Sher Shah Suri in the form of Imran Khan Niazi and he is expected to revive past glory of this region.

At the same time, there is resurrection of Haibat Khan Niazi as well when Qasim Khan Suri, a PTI politician from Baluchistan stood guard to Imran Khan like a true soldier for 126 days of Dharna in Islamabad. In the midst of thick tear gas smoke, while many ran away, some were hiding around, Qasim Khan Suri was standing like Haibat Khan to protect his Sher Shah Suri. Modern day tear gas was unable to deter Haibat Khan of old times. Some sarcastically remarked to have blood test of Qasim Khan Suri to find out why tear gas has no effect on him.

After 500 years, it looks like Sher Shah Suri is back with his general Haibat Khan to finish the unfinished agenda and revive past glory. Imran Khan as Sher Shah Suri and Qasim Khan Suri as Haibat Khan belong to a historical bond of bravery, vision & nobility.

We are going to witness Sher Shah Suri once again in modern times and he is Imran Khan. He is a very bad news for corrupt mafias, status quo & anti Pakistan elements.

Qasim Khan Suri joined PTI in 1996 and became a soldier of Imran Khan. For 22 years, he made hundreds of journeys from Quetta to Islamabad driving himself even during most dangerous times on this route. His mother got cancer and for years, he had been serving her and bringing her to various places for treatment. Imran Khan also visited his mother during her illness.

I find another analogy of a rivalry once existed between Babur and Sher Shah Suri, to a modern day rivalry between Mahmood Khan Achakzai and Qasim Khan Suri. Babur could sense the danger from rebellious manners of Sher Shah Suri when he took out his knife to cut the meat without waiting for Babur in a state reception.

On the other hand, Mahmood Khan Achakzai could not notice Qasim Khan Suri’s rebellious manners when he hosted dinner for Imran Khan & Qasim Suri at his place in 2009. Achakzai could not see the danger of a tiger in making when Qasim was eating meat like a tiger. All he could say to Imran Khan was “He has eaten very well”. Imran Khan smiled & reminded Achakzai “ He is descendent of Sher Shah Suri”

Babur tried to block the exit of Sher Shah Suri from the fort after the reception but Sher Shah Suri successfully came out after sensing danger timely. Later Sher Shah Suri dethroned Humayun and became a powerful ruler of India.

Achakzai might have sensed the danger in rebellious manners of Qasim Khan Suri at that time but never considered him worth of a danger for a strong Baluch tribal Lord. In 2018, Qasim Khan Suri ended the political career of Mahmood Khan Achakzai.

I have the honour of working together with Imran Khan & Qasim Khan Suri in last 15 years and it will be great privilege to see resurrection of Sher Shah Suri and Haibat Khan.