Last one month - A pitched battle to stop Imran Khan. 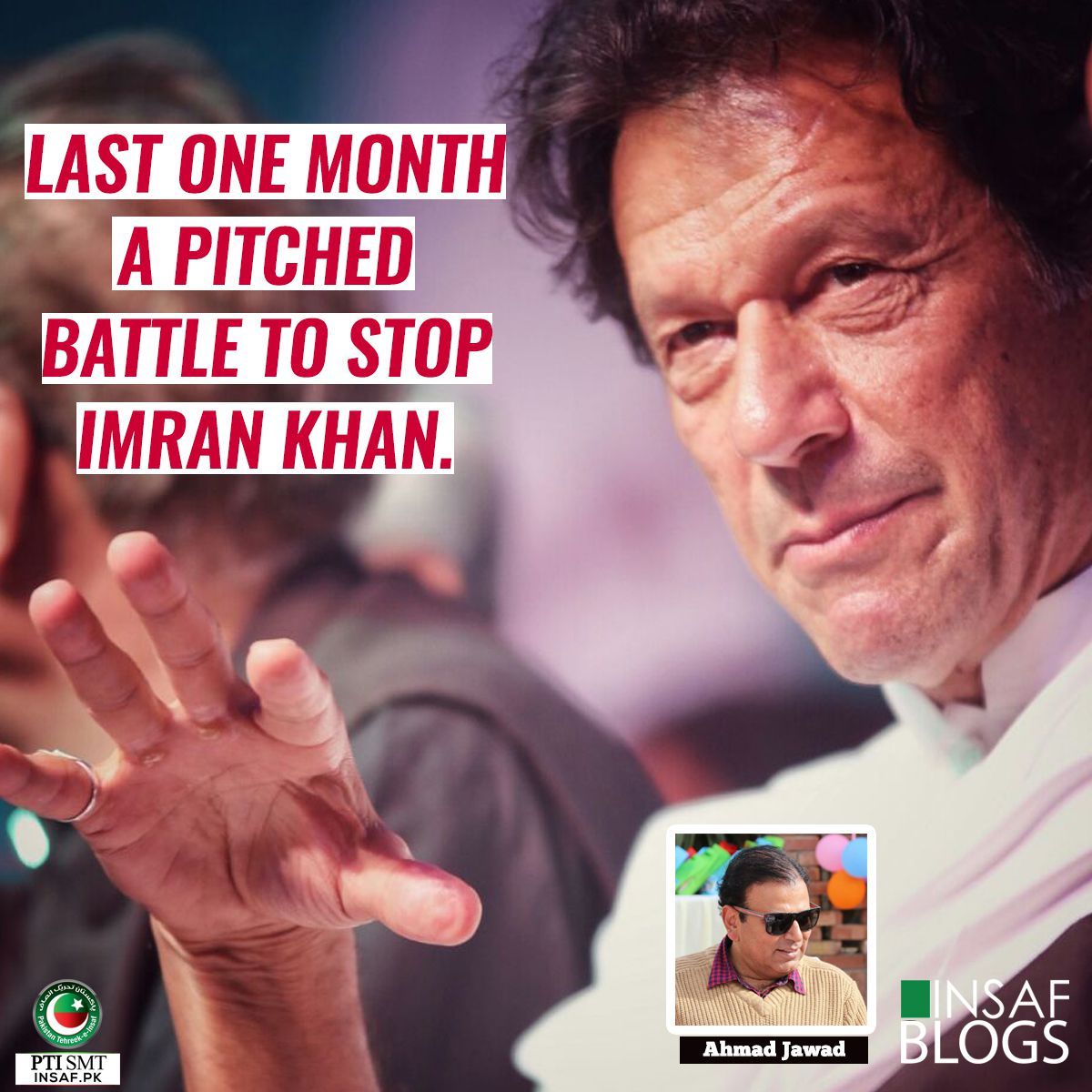 A very well planned strategy to create doubts about Imran Khan’s victory has been executed in last one month with variable Time & space.

NAB made a surprising attack on Metro Peshawar just a few days before Elections to create impression of corruption in KP. Metro Multan was conveniently ignored despite serious allegation even by Chinese authorities.

Hameed Haroon attempt to discredit elections citing role of ISI at International Media. It was a deadly attempt but backfired.

Hussain Haqqani became highly active internationally to malign establishment to create impression of its linkage with Imran Khan. He even reached out to Reham Khan.

Suicide attacks in KP against ANP, MMA & PTI. Strangely no attack against PMLN or PPP.

Few lean Jalsas of Imran Khan were projected as change in public opinion.

In the last, confusion being created that Imran Khan would not be PM or his margin of victory will be small.

Such media warfare has never been witnessed in the history of Pakistan. Almost all major political parties on one side with one common target to stop Imran Khan from winning.

Imran Khan is death sentence to corrupt politicians, journalist, bureaucrats, judges & businessmen. They all have to fight together to stop him coming into power.

Foreign agenda will suffocate if Imran Khan comes to power.

It’s last decisive battle but fight will continue for next 5 years.Every evil of status quo got together to stop Imran Khan. In last 40 years, first time it was not a battle between PPP & PMLN!

it was just PTI against PMLN, PPP, MMA & ANP.

That’s the strength of Imran Khan, he got every rat out of its hideout to expose the real face of rats.

Unfortunately, PTI own Media Cell was too naive to such challenges and became almost non existent and irrelevant to counter such disinformation. Luckily, Social Media by PTI volunteers & general public took charge of such ferocious Media attacks and battled well.

Such is strength of Imran Khan that he alone knocked down hostile:

Nation must share his burden he has taken for our generations.