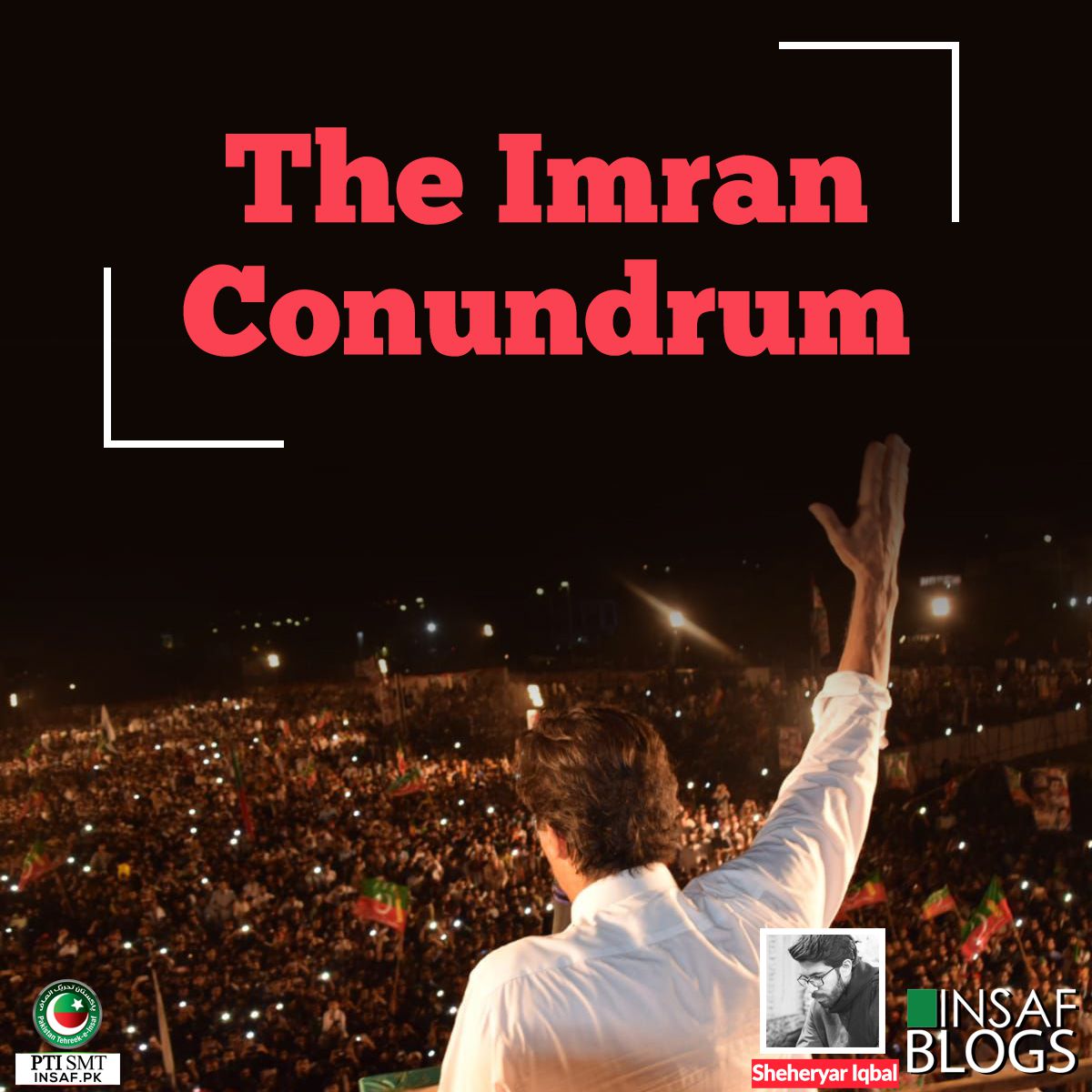 PML-N`s current public campaign is a tantamount to their admission of surrender. The trumpet of surrender is being blown by the ousted PM himself, he has been constantly trying to sell the notion of foul play being involved in his adjudication. The same chords are then resonated by the king’s battalion to prove their allegiance to the king, not the country. The kings infantry in it`s doctrine of retreat has locked horns with all institutions of the state, trying to sabotage the whole system. A collapse of the system with an intervention of the “establishment” is the only surrender document which will win this battle for PML-N.

Bringing down this political juggernaut who has been an epitome of corruption since his inception in politics has not at all come without a gargantuan struggle. Imran`s struggle against corruption started in 1996 which he and his followers believe is the root cause to Pakistans current crisis. Sticking true to his belief after an arduous struggle of 22 years Imran has finally proved Nawaz Sharif’s involvement in corruption and has put him to his final destination. During this process Imran Khan gathered a huge amount of public support which agrees with his claim of corruption being Pakistan`s root cause of all ills.

What is astonishing is that the monumental effort which Imran Khan and his followers have put in is being completely wiped out. Asghar Khan Case, Hudabiya Paper mill scam , the Model Town massacre and even Justice Abdul Qayyum are testaments to how the Sharif’s have always used the system to their benefit. Today when the “Sharif`s” have been unable to strike a deal with the establishment due to Imran Khans presence, a segment of the society has started calling Imran`s relentless efforts as a scripted effort enacted by the judicial forces, the establishment and some unknown hands flying in from outer space. Whereas, Shahbaz who very recently was seen pleading on national television to secure a “deal” for the Sharif families crimes is all of a sudden being projected as the torchbearer of democracy.

My question is that why is Nawaz Sharif`s method of conviction a bigger issue than the drama the Sharif family has been orchestrating for over decades. The Sharif family hiding behind echelons of power has been manipulating the countries system to their own benefit. The state stood paralyzed courtesy the bureaucracy and all state institutions such as NAB, FIA, FBR, IB etc whenever it came to the accountability of the Sharif family. Had these institutions been in motion and not acted as safeguards of the Sharif family we might not have been standing at this point discussing the judgement through courts. Coming to the judgement, why has Nawaz not been able to prove his innocence? Did Imran fabricate the fake trust deed? Did PTI force ICIJ to include the Sharif family`s name in the Panama leaks? Was Imran behind the manufacturing of Nescol and Neilson or was it Imran who asked Nawaz to buy apartments at park lane? The previous government as a representation of the state should have questioned Nawaz, their antics to project Nawaz as a pillar of the state is what has led to a whole collision of the system.

Now, to support or not to support Imran that is the question. Imran Khan from being labelled as Taliban Khan by voices of the left to being labelled as a usurper trying to drive away public from their religious views by the right winged parties is the Imran conundrum. This is what leaves everyone confused, it is his nationalist ideology which is completely misunderstood. Many may rightly disagree with his approach on issues of terrorism and foreign policy but this is what separates him from the rest, he has a solution to say the least and he is clear about his stance. Imran has stayed true to his people and has out rightly spoken over issues such as the war on terror. This has been vindicated through PTI`s good will gesture where PTI is supporting a PTM candidate Ali Wazir in FATA since Imran believes that they also are “our people” affected by a war which was not ours. Today even the PPP stands at guard with Imran Khans decade old stance that we bombed our own people. Imran Khan was the only Pakistani politician who opposed U.S drone attacks when they started. He stood up for his people by blocking NATO supplies passing through KPK in order to register a protest against drone attacks, marking them as a clear attack on the sovereignty of the people of Pakistan. This is how he can address the great sense of isolation in smaller provinces such as Balochistan, FATA and South Punjab. A national party under Imran`s vision of leading Pakistan through smaller administrative units is the solution to avert this upcoming crisis to which PPP and PML-N have failed a number of times.

Today’s political arena is a volatile one, polarization in the society has created a huge divide that the sentiments of both the right and left are standing at an extreme. We need to have dialogue on a single table rather than climbing on our self-erected mountains of righteousness and supremacy. The solution lies with a party having a centrist approach driven by ideology, a party which can take a cut through stance amidst the pressures of appeasement to establishment and foreign powers. All tried and tested political powers have till date failed to answer the issues this country has faced. We might not find rationality in Imrans method of madness, we may not find sense in his sinusoidal wave strategy but then it is his labyrinth trap where he dictates everyone on his terms and will not succumb under pressure.

Imran Khan banking upon his public support is fighting against MMA and ANP in KPK, the PML-N in Punjab, MQM and PPP in Sindh and against different parties in Balochistan. Imran has already butchered the PPP due to their politics of reconciliation with PML-N, he looks certain to win majority in KPK “again” and now he is now storming towards conquering battle ground Punjab from the PML-N courtesy his personal vote bank plus his political surrender to the reality of electables in Pakistan. These might be the reasons to him winning the premiership but terming him as the blue eyed boy being solely “brought” by the establishment would be ignoring a long struggle which is finally culminating into success