The dreamland of Plenty - Insaf Blog 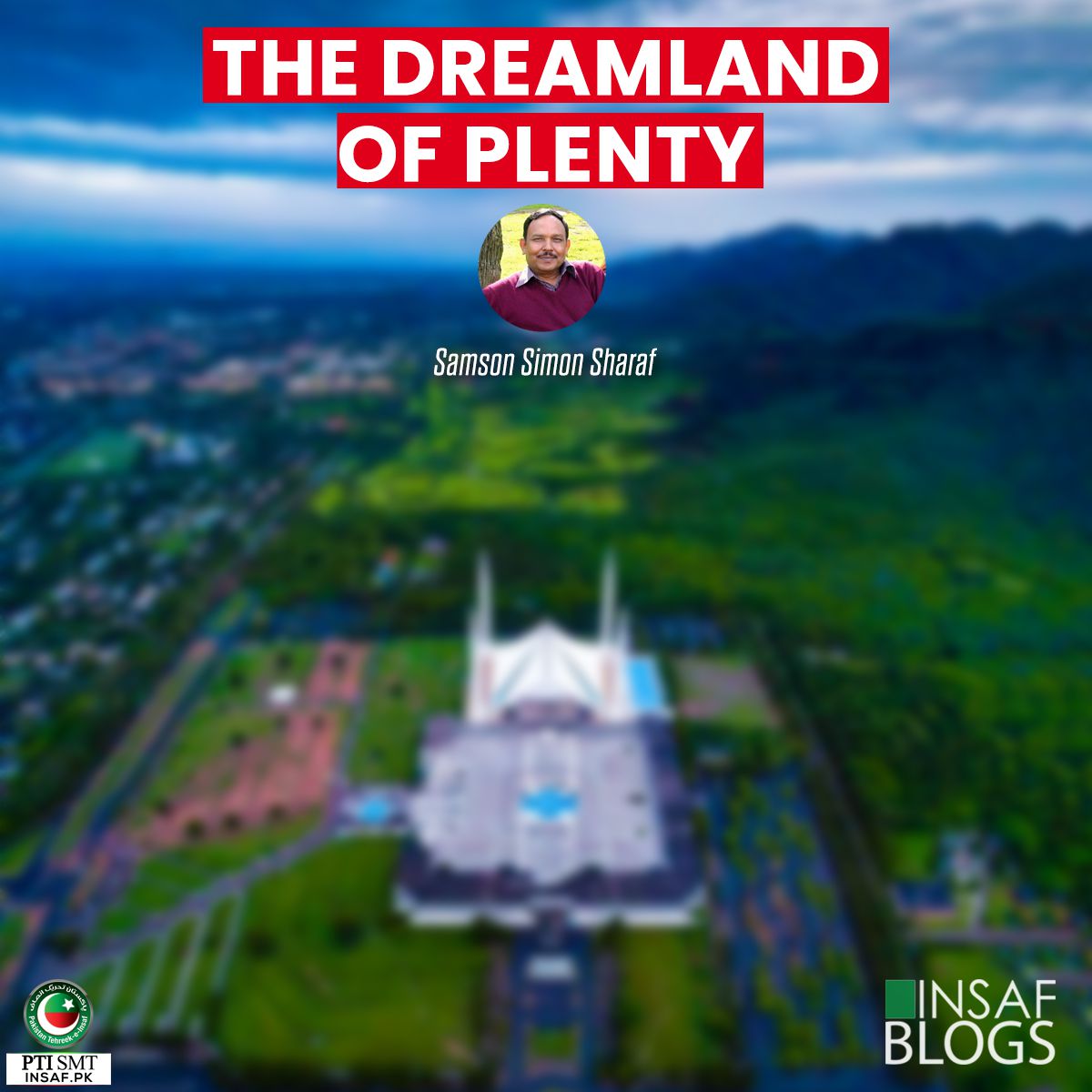 Acadia means a ‘perfect world’ and ‘a land of plenty’. The land has everything for all living beings, flora and fauna. It is a perfect balance in every sense of the word. There is no darkness of sin, greed, selfish desires and violence. Given that we live in an imperfect world, the quest and journey to discovery continues. Different people pursue it in differently. All agree that Light fights Darkness.

Man’s ability at creativeness views light within the spectrum of dismay to fulfilment.  According to Brene Brown, “Only when we are brave enough to explore the darkness will we discover the infinite power of our light”. Francis Bacon feels darkness essential to brightness, “In order for the light to shine so brightly, the darkness must be present”.  Rumi feels that, “If light is in your heart, you will find your way home”. Robert Adams writes that “Within you is the light of a thousand suns”. Aristotle felt that adversary brings out the best, therefore, “It is during our darkest moments that we must focus to see the light”. Earnest Hemingway subscribed that, “We are all broken, that’s how the light gets in”. Vern P. Stanfill is a strong advocate that light will prevail. He writes, “There is no darkness so dense, so menacing, or so difficult that it cannot be overcome by light”. In my own words sorrow and grief highlight the importance of happiness. Our suffering and tribulation is the way to abode.

Notwithstanding beliefs and diversity, man’s consciousness is aware of the existence of a higher being manifesting such an environment. For a very long time, the Native Americans and Aborigines who were recently exposed to religions reflected this consciousness. This consciousness refers to Elysian Fields, a Great Beyond, Abode of the Dead, Olympus, Kingdom of God, Heaven, Nirvana and the Garden of Eden.

In the context of Abrahamic religions, John Milton the 17 Century poet yearned for it as the Paradise Lost. Adam and Eve sinned for their own desires and were banished from this abode destining mankind to suffer till the end of the world. The last judgement will decide between the Good and Evil. It implies that before Paradise, it is incumbent to create this Acadia within us. The collective will have to wait for the Rapture as believed by Christians and end of Dajjal the false prophet as believed by Muslims.

Maulana Abdul Haleem Sharar a 19th century playwright, essayist and historian from Lucknow described it indirectly through his writings on Islamic history, extolling virtues like courage, bravery, magnanimity and religious fervour. His best piece was Firdaus e Bareen (Paradise in Earth) an amalgam of partly western and partly Persian Dastaan (story telling) in a hallucinating context of a paradise created by Hasan bin Sabah to befool people for his political power and challenge God.

But one effect is undeniable. Having once lost that mystic element of the perfect abode; every man is in quest of an Acadia depending on religion, culture, science or fiction. Does it mean, ‘discovery and conquest of us’? God is Omnipresent in our hearts but for our failure to conquer ourselves; despite believing, we do not manifest. It is a relentless pursuit of light from light.

Conquest of other land, kingdoms and peoples has been relentless through millennia. The collective man has failed to shape a perfect world that falls by any definition close to Acadia. Whether traits of a man being greedy, aggressive, a thinking animal are innate or acquired will remain a debate. But historically, man lost the compass whilst spinning in a perpetual whirlpool of forbidding desires. Conquest of us is the biggest hurdle. It is the highest mountain to summit, the widest river of fire to wade and be undeterred by bogs.

In religions and cultures, comparing light to a man is common.  Jesus Christ called man the light of the universe and salt of the world.

“You are the salt of the earth. But if the salt loses its saltiness, how can it be made salty again? You are the light of the world. A town built on a hill cannot be hidden. Neither do people light a lamp and put it under a bowl. Instead they put it on its stand, and it gives light to everyone in the house. In the same way, let your light shine before others, that they may see your good deeds and glorify your God in heaven”
Matthew 5:13-16

The Islamic interpretation of Nur, the light is identical to Judaism and Christianity. A Muslim scholar Abu Bakr ibn al-Arabi categorized nūr into different levels of understanding from the most profound to the most mundane. Shias amd Sufis believe nūr, in the sense of inner esoteric understanding. An exclusive Ayat an-Nur from the Holy Quran reads: -

"God is the light of the heavens and the earth; the likeness of His light is as a niche wherein is a lamp kindled from a Blessed Tree, an olive that is neither of the East nor of the West whose oil well-nigh would shine, even if no fire touched it; light upon light.
Surah An-Nur

In the Christian Nicene Creed this is described as ‘Light from light, true God from true God’.

Though prophets, mystics and cultures brought light, it is us who failed to put it at a vantage point. Yet our appetite for dreams is unlimited and imaginations lead us to infinity in universe and depths of the deepest.

Politicians in manifesto and governments promise a perfect Acadia. Once in business, this dream and vision is overtaken by Realpolitik. As manifested in revolutions and wars, men and women are ready at the peril of their lives for this quest, but those who sit on panning boards are invariably conquered by earthly desires. Good cannot flow out of evil. A spring cannot flow with sweet and bitter water simultaneously.

For politicians and statesmen, humans are a disposable commodity. The human race must have lost billions of people in endless conflicts towards a human engineered dream that never got fulfilled. This is the message of John Milton in ‘Paradise Lost’ and Maulana Abdul Haleem Sharar in ‘Firdaus e Bareen’.

Though much can be written about Nietzsche’s Superman versus Iqbal’s Perfect man, Allama Iqbal perfectly depicted man’s failure to conquer the self. Allama Iqbal was forthright and explosive with his ideas. In his two poems Shikwa and Jawab e Shikwa written in the backdrop of the sick Ottoman Empire and colonial intrigues in the Muslim world, the central idea of Shikwa is that God is not protecting the followers of Islam. In Jawab-e Shikwa God answers directly that he has not broken his promise; instead it is the Muslims, his followers, who have turned away from the Path.

Indeed, we Pakistanis have turned away from the path.  We pay lip service to Iqbal but reject the essential values. As a political commentator, I have often talked of Pakistan romantically and passionately.

Our body is torn, battered, decimated but alive and kicking. The land of our combined dreams is a fertile valley whose gushing streams and rivers need to be tamed.  The parched lands hungry for water will sprout and fill granaries.

The virgin high mountains are like a mother ready to suckle its children. The milk flows with precious metals, minerals, jewels, emeralds and energetic elixirs of life.

Beneath our inhospitable desert lie the world’s oldest civilizations, lost river beds, black gold and treasures.  There is gold, antimony, copper, emeralds and diamonds that run right through the juggler artery.

The treasures buried deep below are guarded by serpents and daemons that debouched from every corner of the world. Pythons are wrapped around every sinew around a nation that refuses to die. The plenty is denied because the land is under a curse by our own Voodoo: our own darkness.

But as Earnest Hemingway wrote, cracks allow light and brightness. However dismal the situation; every Pakistani has to fight back. This means a new leader, a new social contract and a new people.

When Pakistan is viewed through the light of the creator, rainbows will appear in the distant past. The only positives are faith and hope.