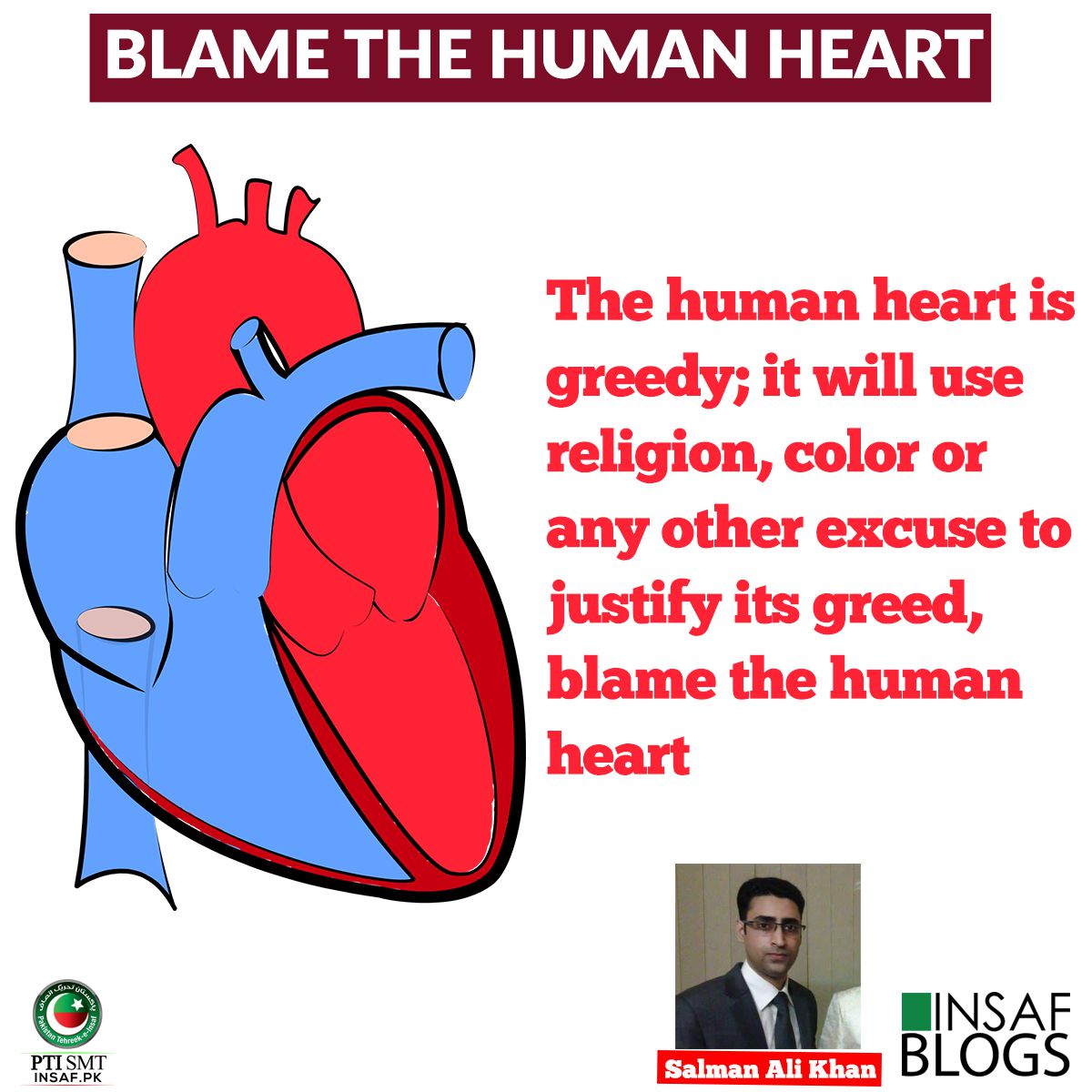 Since September 11th 2001, the world has witnessed a phenomenal increase in Islamophobia and with it neo-atheism. The term neo-atheism describes a newer form of atheism which suggests that all religions are deceptive and destructive and the truth can only be sought through science. The proponents of this ideology believe that everything which has no scientific reason or proof should be dismissed. Therefore, anything in the realm of doubt and uncertainty, let it be existence of God or life after death should not only be rejected but seen as bogus to indoctrinate the masses. Although all the religions are a fair game for neo-atheist but Islam remains their favorite target.

But one might argue that it’s not only the religion that is used as a tool of manipulation it can be any ideology. To understand if religion in general and Islam in particular are actually deceptive and destructive we first need to distinguish ideology from religion as the terms religion and ideology are often mistaken to be the same because of similarity of the meaning and definition; however both terms have notable differences and shouldn’t be confused with each other. In almost all religions, there is an omnipotent divine power that is responsible for the creation of world and needs to be worshiped. So it wouldn’t be wrong if we see religion as a set of rules that explains the system of obeying or worshiping the God(s) in order to live a successful and blessed life.On the other hand politics and economics are basis of system of ideas that comprise an ideology. For instance political ideals form the basis of the socialist ideology, similarly we can see economic ideals providing the foundations of capitalism. In a nutshell ideology has the basis in either economics or politics and this is the main difference between ideology and religion. Some might argue that religion also qualifies as an ideology but unlike political and economic ideologies it originates from religious beliefs. We can sum it up by saying that any ideology is a set of ideas and beliefs that help people at same wave length to work together to achieve a shared goal. This shared goal has an important purpose because it results in a social outcome, this social outcome can manifest in any shape such as neighborhood watch, sport clubs or even charity organizations. On a bigger level these ideologies effects billions, when they take form of communism, socialism, capitalism, liberalism, feminism, fascism as well as Islam, Christianity, Judaism and Buddhism.

Coming back to the point why Islam is a target of so much hate in the west and U.S we have to understand that politicians exploit the fear and hate for Islamto garner support among voters. One of the most widely used argument used by the politicians to discriminate against Muslims and Islam is that Islam is not at all a religion but a political belief. They argue that at its core Islam has political ideology which makes it more of a political system than a religion. This narrative is equally popular among conspiracy theorist and serious politicians. Arenowned U.S lawmaker said, “Islam is not even a religion; it is a political system that uses a deity to advance its agenda of global conquest”. Similar notions have support of legislators in higher ranks of power in U.S, Europe and other parts of the world.They believe that religious liberty needs to be protected for all belief systems, but there is also needs to be clarity as to if Islam is fully a religion, or if it’s really a political movement disguised as a religion.

This might not be a surprise at all for many Muslims, as they know that Islam is an all-encompassing ideology. For Muslims who want to live under the shariah law, religion is supposed to explain and influence the political arena. There is no clear agreement on what the ideal Islamic state should look like, but it is consistently held that Muslim principles and values must be at its core. So it might appear that the west is rightfully worried about Islam, as the allegation that Islam promotes a political ideology is not a myth. But this is only the half-truth. All religions not only Islam had been used as a tool for manipulation.Yes,it is a fact that Islam has explained governance, and economics more than other religion but that doesn’t prove that it can be used more or less effectively to promote supremacy over other ideological groups. In fact all religious ideologies can be used to manipulate the same way,similarlyit is also true for political and economic ideologies that can be equally or even more suited for violence and exploitation of humanity.

This is because ideologies distort reality, they give a feeling of righteousness to the ones who have lust for power and authority. Almost all of these ideologies let it be communism, socialism, fascism and even democracy have been used by the corrupt people who have either fooled themselves or mislead others in to believing that only their path is the right path.

It is important to mention at this point that religion is a gift in shape of personal conviction through which life appears to be more understandable and meaningful. It doesn’t matter if religious convictions can be proven or disproven, they are very important for millions of people around the world and also promote tolerance and empathy for other human beings. Unfortunately, the same religion in the past have wreaked havoc by attaching itself to the power through it various institutional manifestations. The dark chapters of our history spanning to 500 years starting from 10th century, when the Papacy was the center of Catholicism, the humanity suffered death and destruction by the hands of Crusaders followed by the slavery and genocides of Inquisition. These atrocities in the name of God will clearly dwarf the carnage led by any other religious group.

Religions that are admired for their message and peace and love are no different. Take a look at Buddhism, known for the values of tolerance and non-violence, is considered completely benign but when exposed to power turned malignant in no time. The religious intolerance towards minorities in Sri Lanka by the Buddhists and blood spilling of Rohingyaminority by Buddhist monks who joined hands with military dictatorship in Myanmar is still fresh in our memories. The radical Hindu groups in India also supported by Hindu nationalist have claimed that the whole sub-continent belong to Hindus only. Once not much different than the other Abrahamic religions, Judaism in the 20th century transformed in to a brutal ideology based in deeply racist and discriminatory philosophy of Zionism that gave birth to an apartheid state of Israel. Thus, both Hinduism and Judaism are driven by politically motivated groups who want to extend their claims on the lands of neighboring countries.

While comparing the political and economic ideologies with religious ideology it becomes evident that although religion gets bulk of criticism but in reality these are the new form of ideologies that threat the very fabric of society. Since the ideology has manifested in it’s economic and political form the true hideous nature of human greed has come to surface. These new forms ofideologies,in a few decades hascaused more bloodshed than centuries of religious violence together.Armed with powerful tools used for propaganda these new ideologies effectively quell any criticism aimed at them. The western media repeatedly tell us, how un-productive and ruthless communist regimes arebut surprisingly the same media remains oblivious of the carnage led bythe western civilizations through their regime change polices and illegal wars, just because the big media corporations along with military industrial complex and oil companies are a beneficiary of capitalist ideology. Our generation has seen religion amidst conflicts and warfare but when inspected closely we see other forces at work, forces that are involved in a tug of war to grab on to resources. The recent revelation by Muhammad Bin Salman the Saudi crown prince, attributing the spread of Wahabism backed by western capitalist to stop the advance of Soviet Union,makes us understand that perceptions shaped by mainstream media are mostly incorrect.

Religion is certainly not the source of world’s evil. It is far too easy to blame any faith for violence but our recent history is filled with examples, such as Stalin's Soviet Union and Mao's China, that didn't need God as an excuse to commit genocide. Allmajor religions time and time again thrived on the madness of men, the samemen for whomreligion was supposed to be the salvation. But violence is innate and intrinsic to human nature as history tells us that men have not only fought over religion but also over resources, power, women or even sports.

Religion has been implicated in a number of conflicts and violence throughout the history. The faithful had their share of the carnage, when under a leadership that manipulated them using religion. Without exception, this includes almost all major religious groups.Also the idea that most of the wars of history have been produced by religion is false. Majority of wars have been an outcome ofthe human lust for wealth, power and supremacy.Religion in the hands of good people can actually be used as a tool to avoid conflicts and wars. In Bono’s words, "The human heart is greedy; it will use religion, color or any other excuse to justify its greed, blame the human heart".