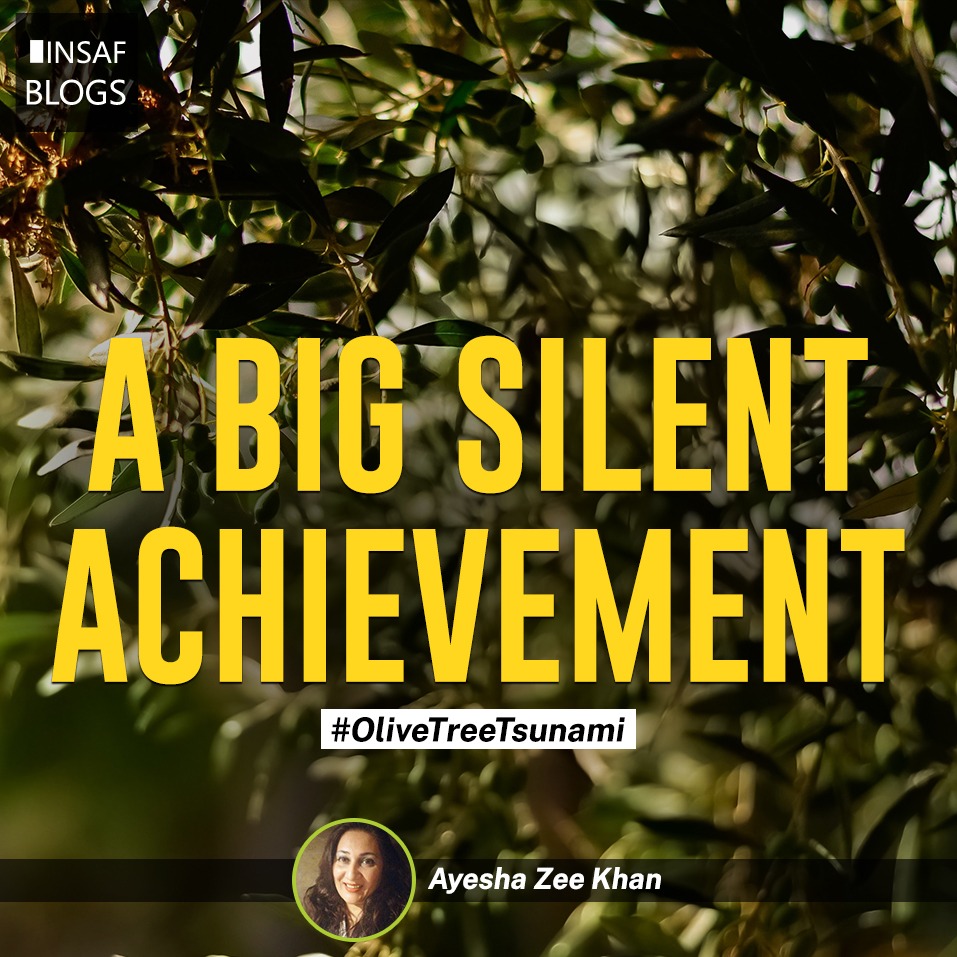 The Prime Minister believes that olive plantation in Pakistan will aid tackle the country’s food security problem which is the “biggest challenge”. The impact of this massive plantation and eventually Olive production will not only benefit KP province but the entire country. The 10 billion Tsunami project is for our future generations. At Amangarh (Nowshera) plantation site a total of 7,500 olive saplings have been planted. In total 50 million olive trees are to be planted across the country which is a part of 10 Billion Tree Tsunami Programme.

A commonly asked question is why chose Olive plantation?

In Pakistan we have 10 million acre land which is suitable for olive plantation plus an equally suitable weather for this kind. This is double of what Spain has which is the largest olive oil producer in the world. In future, our olive plantation and production can surpass Spain. Currently; Spain, Italy, Tunisia, Morocco and Jordan are hubs of olives.

Olives are a low maintenance crop meaning; these orchards require less water, fertilizer, pesticides and fuel energy as compared to other oilseed crops.

Cultivation of olives can help overcome environmental stresses, specifically drought. This plantation can overcome problems of low fertility soils, desert, for it requires little water to complete it’s development. Pakistan has around 15% desert of it’s total area, such areas can be utilized by cultivating olive trees. Our Thar and Cholistan areas can play a major role in it’s cultivation. They are also conducive to tropical regions of Pakistan, as well as arid areas. Plus, olive plants reduce the effects of climate change. They supply permanent crop cover which saves land erosion, further degradation. They also minimize silt load to downstream water reservoir.

It’s not just the olive oil which we can sell and it’s not just foreign exchange earnings that will benefit us, there are other industries that will flourish. Daily paid labor, Pickle industries, fruit pickers, manufacturing of olive medicinal products, technical workers, olive nurseries and olive marketing opportunities all over the country. Generation of increased income in the most impoverished areas of Pakistan.

This is the real revolution !